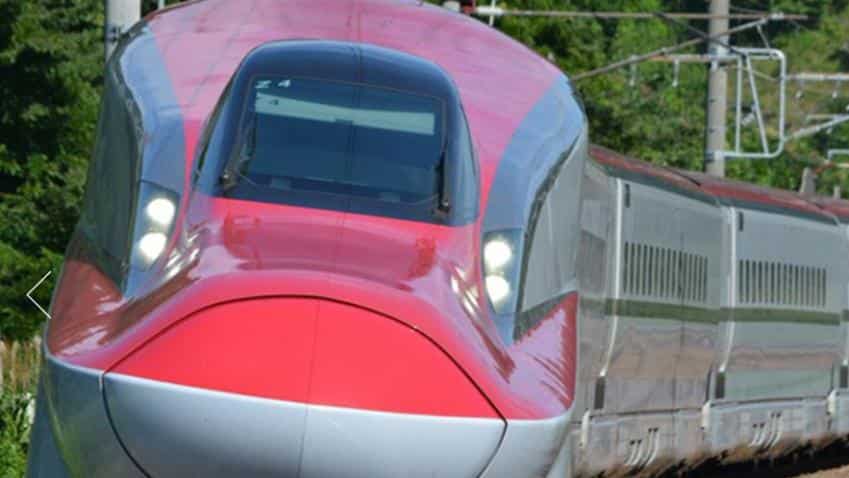 Ulka Mahajan, an activist for farmers and member, Bullet Train Virodhi Janmanch, said all the top political leaders would have attended if the protest was organised by big companies or international banks. Image source: Official website
Written By: ZeeBiz WebTeam
RELATED NEWS

Indian Railways Bullet train project: A protest against the mega bullet train project has taken a curious turn.  Farmers and adivasis from Palghar area held a protest against the project on Sunday. However, top political leaders of various political parties, who were also earlier opposed the project, did not join the protesters. This irked the protesters. Senior Congress leader Jairam Ramesh, Uddhav Thackeray from Shiv Sena and Jaywant Patil from NCP were expected to join the protest, according to a DNA report.

Ulka Mahajan, an activist for farmers and member, Bullet Train Virodhi Janmanch, said all the top political leaders would have attended if the protest was organised by big companies or international banks.  However, political parties lent their support, but through the medium of local leaders. Congress local leader Kedar Kale, Sena's Neelam Gorhe and NCP's Nawab Malik joined the protesters, the report said. Ramakant Patil, member, Bullet Train Virodhi Janmanch said all political leaders should stand with farmers on this issue.

The Rs 1.08-lakh crore bullet train project was opposed by the Congress, Shiv Sena and NCP leaders. They said the project with a huge investment will take away land from farmers across 123 villages in Palghar district.  Nearly 108-km Of the total 508-kms for this project will come in Palghar and for this 170 hectares of land have to be acquired. The land acquisition for this project will affect 123 villages and towns in Palghar district. "I barely have two acres of land in which I grow rice. What will I do with lakhs of money promised by the government? I am uneducated and this agriculture land is our only source of income," Maina Radhepadhi (33), a farmer from Vanai pada, was quoted as saying.