Did you just get an old LPG cylinder? This is what you must know

While ordering an LPG cylinder has become an easy task, there are certain measures users must take to ensure the quality of their cooking gas is maintained at a high level. 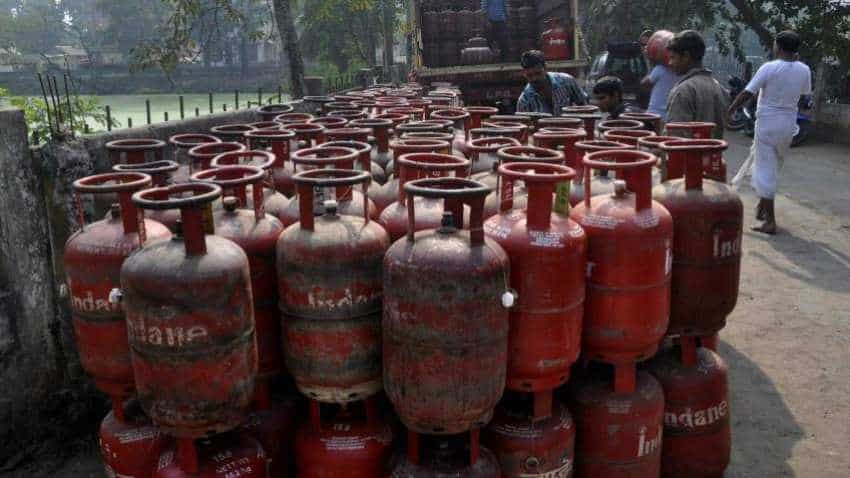 The government has made it very easy and flexible to book LPG connections. Photo: IANS
Written By: ZeeBiz WebTeam
RELATED NEWS

LPG cylinder price: To keep every Indian family's cooking fires burning bright and that too in an ecological manner, the government has made it very easy and flexible to book LPG connections.The public has the choice of picking from two types of LPG connections - subsidized and non-subsidized. The only difference between these two are that the former is cheaper and is given to only those who have linked their connection with their Aadhaar card. While ordering an LPG cylinder has become an easy task, there are certain measures users must take to ensure the quality of their cooking gas as well as safety are maintained at a high level. Why? Because this can help you eliminate fraud and damage occurring from LPG cylinders in the future. One of the most important factors you should note is that your LPG cylinder must have BIS license mark.

According to Indian Oil, each and every new LPG cylinder is checked at various manufacturing stages and market by BIS (Bureau of Indian Standards) after various tests carried out as per the BIS codes and Gas cylinder rules, 2004. This is done before putting it into circulation by the state-owned OMCs.

Hence, each LPG cylinder is checked at the bottling plants and only the ones which have met the standards as specified in the rules, are sent to the distributors for distribution to the customers. Checking for correctness of its weight and soundness are some key areas that are looked at before dispatching to the distributor.

Notably, every new LPG cylinder is needed to be put for first statutory testing after 10 years. After that, cylinders are then put for testing every 5 years.

The testing of an LPG cylinder is carried through agencies approved by CCOE as per the Gas Cylinder Rules, 2004, and once again put into circulation if they clear the tests.

Indian Oil provides an example. It said that if a customer got a cylinder in June 2010 with marking as B10, it does not indicate that the physical life of the cylinder has expired.

That means, this cylinder was due for statutory testing in June 2010. Hence, do not panic on whether you have received an old or expired cylinder.

If there is damage or repair in cylinder, then they must be put to Hot repairs once in its lifetime as per IS code of practice. Also note that, each and every Hot repaired cylinder must also have a certification of BIS.

Gone are the days where you had to stand in queues to fill your LPG form. Now, in just a few clicks, you can actually apply for cooking gas. New LPG Connections are now available on demand across the country. If you do not have a LPG connection, then you can visit nearest Indane distributor serving in your area and register for the connection with a valid proof of identity and residence.