The variants of Chetak helicopter is used by both Indian Air Force and Indian Navy. 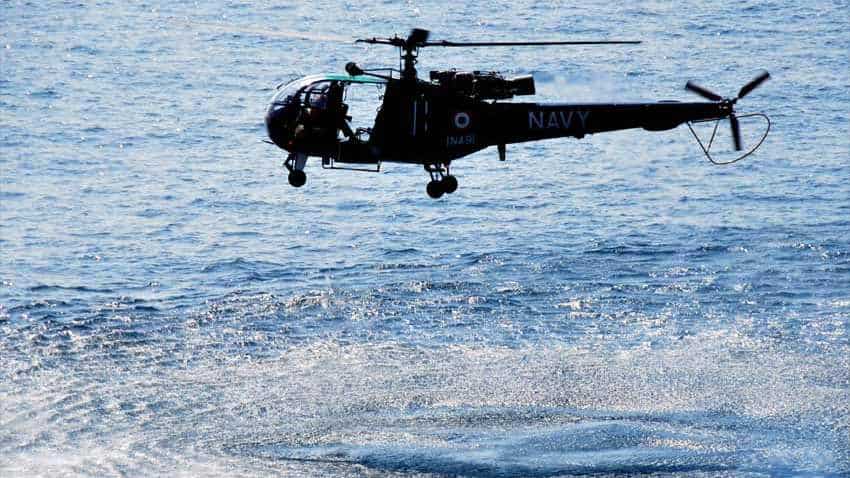 The Indian Naval crew first made the chopper land into the water before successfully ejecting it. Photo: PIB

It's often said that one should turn the crisis into an opportunity. Last week, the Indian Navy's Chetak helicopter was hit with a technical snag in the middle of the Arabian Sea. The snag led to a chopper malfunction and ditched at sea. This could have resulted in a major accident but thanks to the training of the crew, they put on display unwavering professional prowess to skip unhurt. "A major catastrophe was averted by the well trained Indian Naval aircrew when their Chetak helicopter ditched at sea last week. The helicopter was integral to an Indian Naval Warship operationally deployed in the Arabian Sea," said the Ministry of Defence in a press statement.

The Indian Naval crew first made the chopper land into the water before successfully ejecting it. Given the conditions, this wasn't an easy task. "As per reports, the helicopter developed technical failure prior ditching and the crew displayed immense professional prowess and sound training thereby deftly landing the helicopter in the water and successfully egressing from it," said the ministry.

The chopper was lost but there wasn't any loss of life. "While all three crew members are safe, a Board of Inquiry has been ordered to investigate the cause of the technical failure leading to the loss of the helicopter," added the ministry.

Hindustan Aeronautics Limited (HAL) is the manufacturer of the Chetak (Aloutte III helicopters). HAL has so far produced and sold over 350 Chetak Helicopters. The choppers are in service both in India and abroad.