SNB's official figures also do not include the money that Indians or others might have in Swiss banks in the names of entities from different countries. 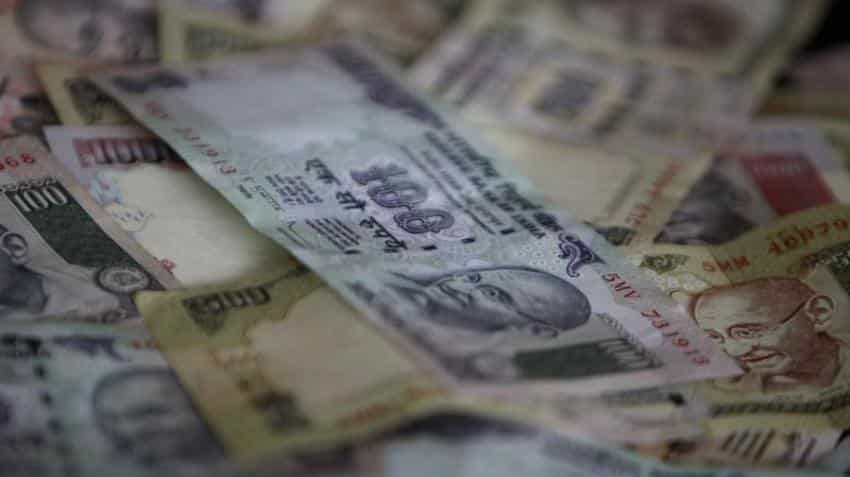 Undisclosed income of over Rs 22,000 crore unearthed over past 2 years

Money held by Indians in Swiss banks has fallen by nearly one-third to a record low of 1.2 billion franc (about Rs 8,392 crore) amid a continuing global clampdown on the famed secrecy wall of Switzerland's banking system.

The funds held by Indians with banks in Switzerland fell by CHF 596.42 million to CHF 1,217.6 million at the end of 2015, as per the latest data released today by the country's central banking authority SNB (Swiss National Bank).

This is the lowest amount of funds held by Indians in the Swiss banks ever since the Alpine nation began making the data public in 1997 and marks the second straight year of decline.

However, the quantum of these funds has been falling since then, except for in 2011 and in 2013 when Indians' money had risen by over 12% and 42%, respectively.

This is the lowest-ever level of funds held through fiduciaries, which used to be in billions till 2007 but has been falling amid fears of regulatory crackdown.

The total "amounts due to customers' savings and deposit accounts" fell to CHF 425.8 million (from 1,378 million a year ago), while the money held through other banks incidentally more than doubled to CHF 270.4 million (from CHF 100.6 million). The 'other liabilities' of Swiss banks towards Indian clients, which include funds held through securities etc, rose from CHF 297 million to CHF 510.4 million.

The latest data from Zurich-based SNB comes at a time when Switzerland has begun sharing foreign client details on evidence of wrongdoing provided by India and other countries.

It has agreed to further expand its cooperation on India's fight against black money and expects to sign a new pact for automatic information exchange 2018 onwards. Besides, a team of Indian officials are expected to visit Switzerland soon to expedite the pending information requests about suspected illicit accounts of Indians in Swiss banks.

The funds, described by SNB as 'liabilities' of Swiss banks or 'amounts due to' their clients, are the official figures disclosed by the Swiss authorities and do not indicate to the quantum of the much-debated alleged black money held by Indians in the safe havens of Switzerland.

SNB's official figures also do not include the money that Indians or others might have in Swiss banks in the names of entities from different countries.

As per the SNB data, the total money held in Swiss banks by all their foreign clients from across the world also fell by nearly four% or over CHF 58 billion to CHF 1.41 trillion (USD 1.45 trillion or about Rs 98 lakh crore).

On directions of the Supreme Court, India has also constituted a Special Investigation Team (SIT) to probe cases of alleged black money of Indians, including funds stashed abroad in places like Switzerland.

As per the latest data, the Income Tax department has detected over Rs 13,000 crore black money post investigations on global leaks about Indians stashing funds abroad and has launched prosecution against over 200 entities, including those with accounts in Geneva branch of HSBC.

The taxmen are said to have detected Rs 8,186 crore of undisclosed income against those whose names figured in the HSBC Geneva list that was obtained by India in 2011 through the French government.

Out of the total 628 cases under this list, the department got "actionable" evidence in 415 cases and assessments have been completed in 398 cases. The department has filed 164 prosecution complaints in 75 of the HSBC cases before various courts in the country.

Taxmen have also initiated proceedings for penalty imposition in 159 HSBC cases (out of total 398) which amounts to Rs 1,282 crore, it said.

A number of strategies have been deployed by the government to combat the stash-funds menace, in both overseas and domestic domain, which include enactment of a new law to tackle stashing of black money abroad, amendments in the anti-money laundering Act and compliance windows for people to declare their hidden assets.

The total assets of Swiss banks in India rose marginally to CHF 4.8 billion in 2015, from CHF 4.6 billion a year ago.

There are 266 banks in Switzerland, out of which 228 recorded profit in 2015, taking their total profit to CHF 19.6 billion. The remaining 38 institutions recorded losses totalling CHF 3.8 billion, resulting in a net total profit of CHF 15.8 billion for the entire sector.

On both the assets and the liabilities side, the value of domestic business grew in importance compared to foreign business. The customer holdings of securities in custody accounts fell slightly from the record level reached in 2014 (down 1% to CHF 5,587.9 billion).

The decline registered since 2008 in fiduciary funds administered by the banks continued, albeit less strongly than in previous years (down 1.6% to CHF 113.2 billion). The banks reduced staff numbers by 1,401 to 123,889 employees (full-time equivalents).

Undisclosed income of over Rs 22,000 crore unearthed over past 2 years