Chauhan said this target is "completely doable" given the high savings rate of Indians and what is required is channelising of these savings into financial market instruments. 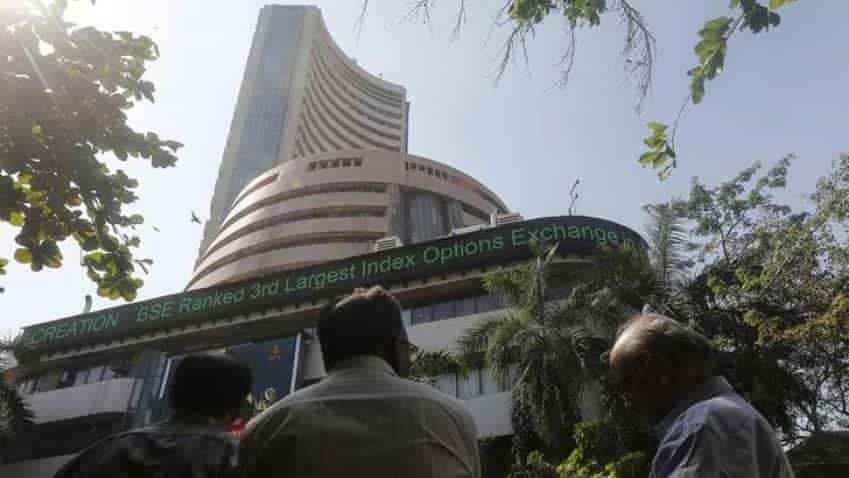 India will need $2-2.5 trillion of funds over the next ten years, Chauhan said. Photo: Reuters
Written By: PTI
RELATED NEWS

He said the capital markets have the potential to contribute nearly half of the estimated $2 trillion of funding required over the next ten years for infrastructure building, setting up of new businesses, expansion of existing businesses, creation of jobs and other requirements to drive India's growth story.

In an interview to PTI, Chauhan said this target is "completely doable" given the high savings rate of Indians and what is required is channelising of these savings into financial market instruments.

Chauhan said the debt market in India would need to play a much larger role than equities, which was the case globally, for such high levels of fund raising activities, while he asserted that the necessary infrastructure and technology is there already in place for meeting these targets.

The chief of Asia's oldest bourse, who recently steered a highly successful IPO of the exchange that was pending for almost a decade, said one of the biggest functions for the markets is capital formation.

"India will need $2-2.5 trillion of funds over the next ten years and for that the exchanges would also have to stand up and get counted. India cannot raise funds only through banks.

"Raising $1 trillion over a ten-year period would mean nearly $100 billion a year. As of now, BSE alone is helping raise from equity and debt put together, nearly USD 28-30 billion for the current fiscal. It's not yet close to $100 billion, but that target is doable," he said.

Chauhan said there is also a need to ensure that the entire paraphernalia, in terms of peripheral systems, also keeps pace.

Asked whether there was the right kind of infrastructure for such kind of fund raising activities, he replied in affirmative. Talking about the availability of such huge amount of funds in the country, he said India's GDP is around $2.5 trillion and India saves around 35%.

"So basically we are saving around USD 750 billion a year. If we assume a growth of 7 per cent per annum, you are going to be saving close to USD 10 trillion over the next ten years."

"Out of this, if we raise USD 2 trillion, that would still be only 20 per cent. So, India has a lot of funds which are being saved and it is our duty -- of the people running the financial market institutions -- to create that trust and get people to invest through the markets into various instruments."

Talking about the mandate for stock exchanges and others in the marketplace, he said secondary markets and the derivatives need to be the part of the overall scheme of things in how the markets can help the central government, states, municipalities and others raise funds for creating infrastructure, companies and jobs, as also for business expansion and other needs.

"If we are able to do that then basically if India was to grow at 7 per cent, then India may very well grow at 8-9 per cent if we are able to fund India's growth from within."

"This way the people who are investing would also get good returns for their investments and the companies would be able to raise funds at much more competitive rates."

Chauhan said the recent introduction of bankruptcy code will also help give a big boost to the bond market and termed it a "very significant reform that has taken place without much talk about it".

"Traditionally, debt markets have been larger than equity markets in the world. It is only India that the listed debt is around one-fifth of the listed equities and it is other way round in most other markets.

"This means, there is a huge upside in the bond markets in terms of raising funds. Going ahead, if we have to target USD 100 billion a year of fund raising through markets, bonds would need to play a much larger role."

"I personally feel, most people should invest in government bonds," he said.