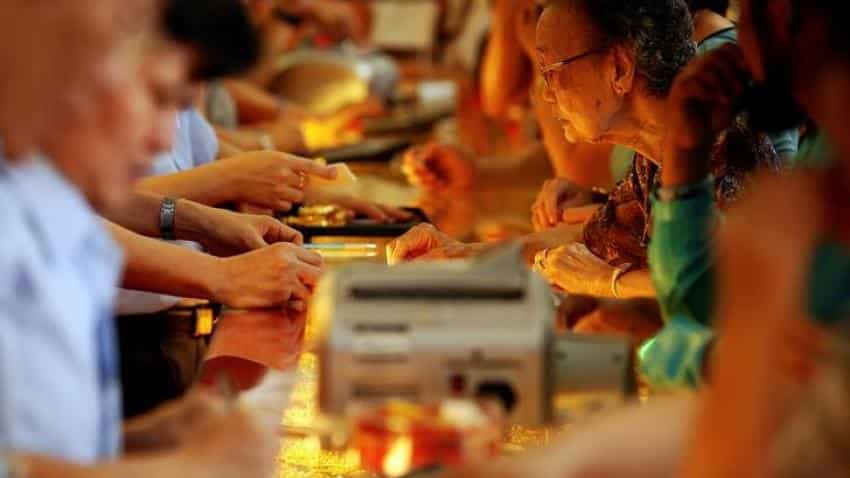 People talk to salesmen as they buy gold at a gold shop in Bangkok's Chinatown. Image Source: Reuters

Asian gold demand was mixed this week with Indian jewellers stocking up for the wedding season while rising prices kept buyers on the sidelines elsewhere.

After delaying purchases last month in anticipation of an import duty cut in the federal budget, jewellers in India have started rebuilding inventories on the back of an uptick in retail demand due to the wedding season.

"The uncertainty over the duty cut is over. Jewellers are building inventory," said Chanda Venkatesh, managing director with CapsGold, a bullion merchant in Hyderabad.

Last week, the Indian government presented its budget for the 2017/18 financial year, but didn`t change the import duty on gold.

The bullion industry had urged the government to reduce the duty to combat smuggling, which has increased since India raised it to 10 percent in August 2013 in an effort to narrow a gaping current account deficit.

"Retail demand has been improving due to the wedding season. Prices in the world market have jumped in the last few weeks, but comparatively, Indian prices rose less due to an appreciation in the rupee," Venkatesh said.

Dealers in the world`s second-largest consumer of the metal were charging a premium of up to $3 an ounce this week over official domestic prices, compared with a premium of $2 last week. The domestic price includes the 10 percent import tax.

"Demand for coins and bars is still weak. Investors are more interested in equities," said a Mumbai-based dealer with a private bank.

Meanwhile, rising prices took the sheen off gold in other regions of Asia.

"The physical side is still is very slow as people have to adjust to prices at this level. There was not much buying from China too," said Ronald Leung, chief dealer at Lee Cheong Gold Dealers in Hong Kong.

Premiums in China, the top consumer, were $7-$8 over international spot prices, while premiums in Hong Kong and Singapore dropped slightly to 80 cents to $1.20 from last week`s $1-$1.40.

In Japan, prices were at a discount of 75 cents, due to increasing selling volume, said a Tokyo-based trader.