Gurnani, who served as chairman of IT industry body NASSCOM in 2016-17, said the Indian IT sector is betting big on Globalization 4.0 where global trade will be shaped mainly by the use of technology. 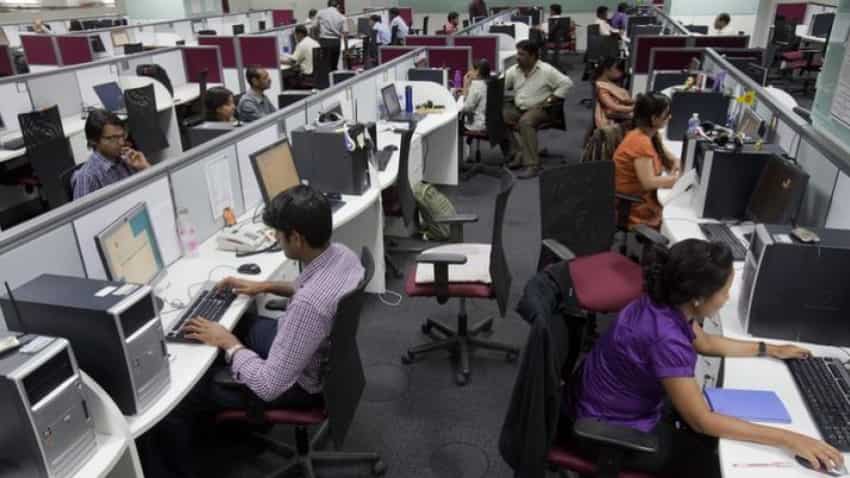 The domestic IT sector will benefit from investments in digital, Image source: Reuters

The Indian IT sector faces global headwinds like Brexit but developments around Globalisation 4.0 and 5G technology will bring growth for the industry this year, Tech Mahindra's MD and CEO C P Gurnani said.

He also flagged currency risks, but added that the domestic IT sector will benefit from investments in digital.

"Uncertainty and lack of clarity around the US shutdown and Brexit are risks for the IT industry. However, the IT sector is poised for future growth, with technology being the key enabler for Globalization 4.0.

"Technology is at the core of everything we do, be it solving the skill problem or sustainability issues," Gurnani told PTI.

Meanwhile, US President Donald Trump on Friday backed a deal to temporarily end the record-breaking government shutdown despite getting no funding for his controversial plan to build a wall along the US-Mexico border.

The deal resolved the crippling 35-day closure but not the fight over his proposed border wall.

"While US accounts for 60 per cent of the Indian IT spend, for Tech Mahindra, 45-46 per cent business comes from US. We also have other currencies to battle. Every currency has its own equation with the US currency and hence, it all balances out in the end. The impact of the current geopolitical issues, if any, is likely to be two to three quarters away. I would wait and watch before drawing any conclusion," he said.

Britain is set to exit the 28-member EU on March 29. But with just over two months to go, Britain is still undecided on a roadmap, which has led to uncertainties for businesses and the global economy as a whole.

Gurnani, who served as chairman of IT industry body NASSCOM in 2016-17, said the Indian IT sector is betting big on Globalization 4.0 where global trade will be shaped mainly by the use of technology.

"Despite global slowdown, India has witnessed robust growth and is poised to become the 5th largest economy in the world. Together with Asia, India has a critical role to play in Globalization 4.0, and it is important for us to sustain the momentum," he said.

According to Gartner estimates, India's IT spending will grow by 6.7 per cent in 2019 to USD 89 billion. Increasing spending on three segments -- devices, enterprise software and IT services -- will give a major boost to IT spending levels in India in 2019, it said.

"2019 will be the year of growth as the IT industry invests aggressively in digital. The future is now, and it is all about being agile and being able to deliver better customer and citizen services.

"The economy is being driven by millennials that has led to a huge demand in data and data services. Using data for personalization and customization of services will hold the key," Gurnani said.

He also said Tech Mahindra is betting big on emerging technologies like 5G, blockchain, artificial intelligence, deep machine learning and quantum computing and will continue to focus on strategic acquisitions to scale faster.

"The future of innovation depends on the successful rollout and implementation of 5G. Networks are at the heart of accelerating digital transformation and a fully functional 5G network will deliver unprecedented productivity gains. After 18 months, 5G will take the centrestage in the tech world and all our conversations will be about digital and 5G," he said.

Stay away from metals; IT, banks may underperform – buy on dips in auto, says Anil Singhvi

Russia defaults on foreign debt for the first time since 1917