Companies like Power Grid, Radico Khaitan, India Cements and Transport Corporation of India are expected to announce their quarterly results in the coming week. 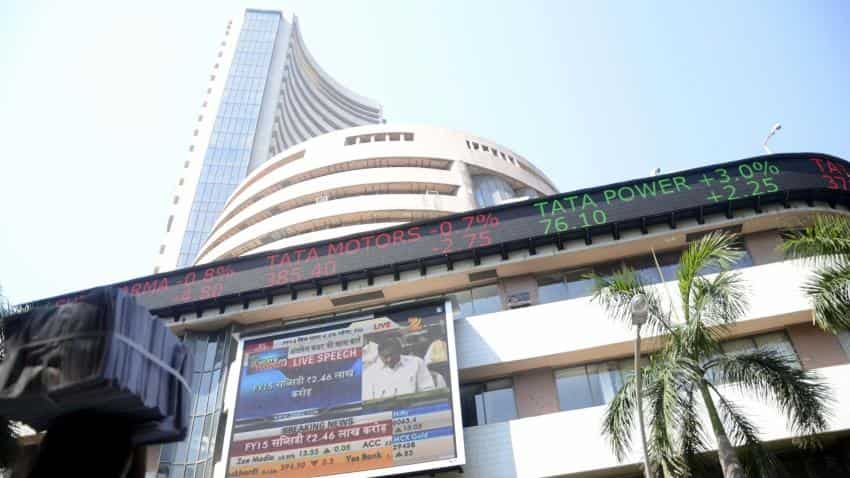 During the week, the Indian equity markets were able to only achieve marginal gains mainly due to profit booking. Photo: IANS
Written By: IANS
RELATED NEWS

Upcoming major macro-economic data, coupled with trends in global indices and the pace of foreign funds inflow, are expected to determine the trajectory of the Indian equity markets during the upcoming week.

"On the domestic front, investors would be eyeing the wholesale inflation number which is expected to come higher than the previously reported 1.62%," D.K. Aggarwal, Chairman and Managing Director, SMC Investments and Advisors, told IANS.

"On the earnings front, one can say the earnings are somewhat better than expected as expectations were low from this earning season."

According to Dhruv Desai, Director and Chief Operating Officer of Tradebulls, investors will closely follow cues such as global markets` sentiments, monsoon progress, and the quarterly earnings season.

Companies like Power Grid, Radico Khaitan, India Cements and Transport Corporation of India are expected to announce their quarterly results in the coming week.

On the global front, Indian investors will look out for crude oil inventory data and the US Fed`s FOMC (Federal Open Market Committee) minutes.

"To this end, Wednesday`s US crude inventory data would assume importance, and so would FOMC minutes released on the same day, as it would give more insights towards a December rate hike potential."

The US Fed`s FOMC minutes assume significance as they can yield cues on when the next rate-hike cycle might start.

Earlier, the US FOMC had decided to maintain its key lending rates due to a weak domestic jobs market and weak global economic outlook.

A hike in the US interest rates can potentially lead FPIs (Foreign Portfolio Investors) away from emerging markets such as India.

Besides, the recently released July retail inflation data is expected to dampen investors` sentiments, when the markets open again after a long weekend. The equity markets will remain closed on Monday to mark the Independence Day.

Key macro-economic data points, such as the factory output numbers -- Index of Industrial Production (IIP) -- for June and inflation figures for July were released after the market hours on Friday.

The two data points showed that India`s annual retail inflation shot up beyond the official tolerance level of 6% for July mainly on higher prices for food articles like pulses and vegetables, while on the brighter side the factory output rose by 2.1% in June.

"The inflation figures would cast a shadow. It is not just that the CPI has breached the psychological 6% mark, but also the food price inflation (CFPI) is above 8% and in urban areas, only a little less than 9%," elaborated Pankaj Sharma, Head of Equities, Equirus Securities.

"More importantly, if the reported numbers on inflation continue to remain like this, it would really be very difficult for the next RBI governor to cut interest rates immediately."

On a technical level Desai explained: "Indian equity markets are likely to become volatile due to profit booking at higher levels in coming sessions."

Desai pointed out that the pace of FIIs (Foreign Institutional Investors) fund inflow into the Indian equity markets will be another key factor for the movement of the indices.

Last week, provisional figures from the stock exchanges showed a hefty influx of foreign funds worth Rs 3,524.96 crore. Figures from the National Securities Depository (NSDL) revealed that FPIs (Foreign Portfolio Investors) were net buyers of equities worth Rs 2,466.14 crore, or $368.53 million, from August 8-12.

For the week ended August 12, 2016, the Indian equity markets were able to only achieve marginal gains mainly due to profit booking.

Although the positive rub-off effect from the passage of a major economic reform -- the GST (Goods and Services Tax) -- was evident, profit booking at higher levels and disappointment over RBI`s monetary policy review depressed the key indices for a major part of the week.