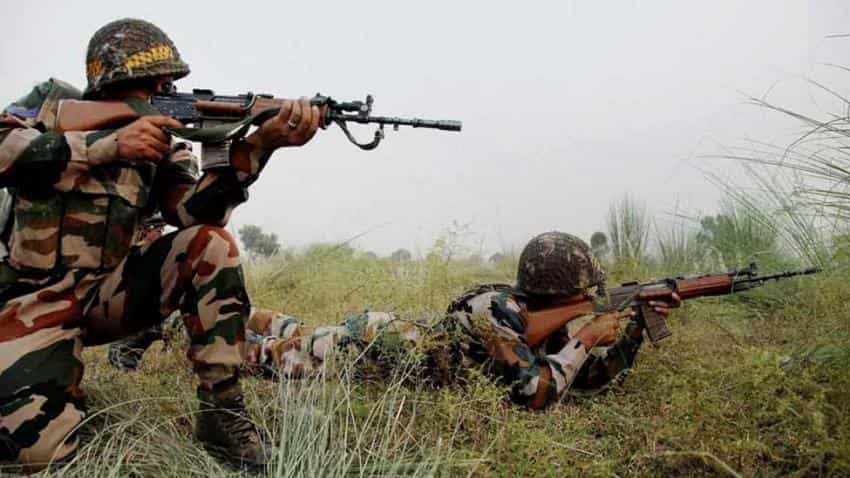 Indian Army's aim of the project is to create an inventory for all major weapons to enable the forces to fight a 30-day war while the long-term objective is to cut dependence on imports. Image source: PTI
Written By: PTI
RELATED NEWS

After years of deliberations, the Army has finalised a mega Rs 15,000-crore project under which a range of ammunition for its critical weapons and tanks will be produced indigenously to overcome long delays in imports and address the problem of a dwindling stockpile. Official sources told PTI that 11 private firms would be involved in the ambitious project, the implementation of which is being monitored by the top brass of the Army and the Defence Ministry.

The immediate aim of the closely guarded project -- said to be the biggest ever initiative for the indigenisation of ammunition -- is to create an inventory for all major weapons to enable the forces to fight a 30-day war while the long-term objective is to cut dependence on imports.

"The overall cost of the project has been pegged at Rs 15,000 crore and we have set a specific target for the next 10 years in terms of the volume of ammunition to be produced," a senior government official involved in the project said, refusing to elaborate further. Initially, ammunition for a range of rockets, air defence system, artillery guns, infantry combat vehicles, grenade launchers and various other field weapons would be produced under "strict timelines", a source said.

The production targets would be revised based on the result of the first phase of the implementation of the programme.  The sources indicated the broad contours of the project were discussed at a conference of the Army's top commanders here last month.

The initiative is seen as the first serious attempt by the government to address growing concerns voiced over the last many years by defence forces over the fast dwindling stockpile of key ammunition when China has been significantly ramping up its military capability, an issue that has been discussed by successive governments.

Army Chief General Bipin Rawat has been pushing for fast tracking the procurement of weapons and ammunition for the world's second largest standing Army, considering the evolving security threats in the region. "The indigenisation of the ammunition project will be biggest such programme in decades," said the official.

In July last year, the Comptroller and Auditor General of India (CAG), in a report tabled in Parliament, said a stock of only 61 types of ammunition out of 152 varieties was available, and these would only last for 10 days in the event of a war.

According to laid down security protocol, the stockpile should be adequate for a month-long war. The sources said long delays in negotiations and subsequent procedural hurdles in the import of ammunition had adversely impacted the country's defence preparedness and that was why the indigenisation programme had been initiated.

Last year, the government had empowered the Army to directly procure ammunition and spares for 10 types of weapon systems and equipment after an internal review found the optimum level of "war stores" was not being maintained.

Considering the Army's demand, the government has already finalised one of the biggest procurement plans for infantry modernisation under which large numbers of light machine guns, battle carbines and assault rifles are being purchased at a cost of nearly Rs 40,000 crore.