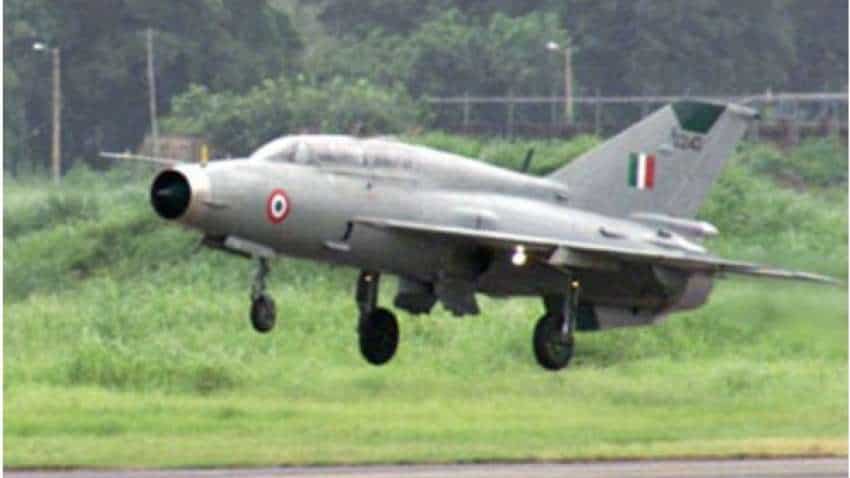 A MiG-21 plane of the Indian Air Force crashed in Rajasthan's Jaisalmer Friday night during a training sortie and the pilot was killed.

The SP said local police reached the spot.
The IAF said on Twitter, This evening, around 8.30 pm, a MiG-21 aircraft of IAF met with a flying accident in the western sector during a training sortie.?

It added that an inquiry is being ordered.

"With deep sorrow, IAF conveys the sad demise of Wing Commander Harshit Sinha in the flying accident this evening and stands firmly with the family of the braveheart," it stated.

Meanwhile, an eyewitness, who lives in a hamlet near the Desert National Park, said he saw the plane burst into flames. He claimed the plane caught fire before hitting the ground.