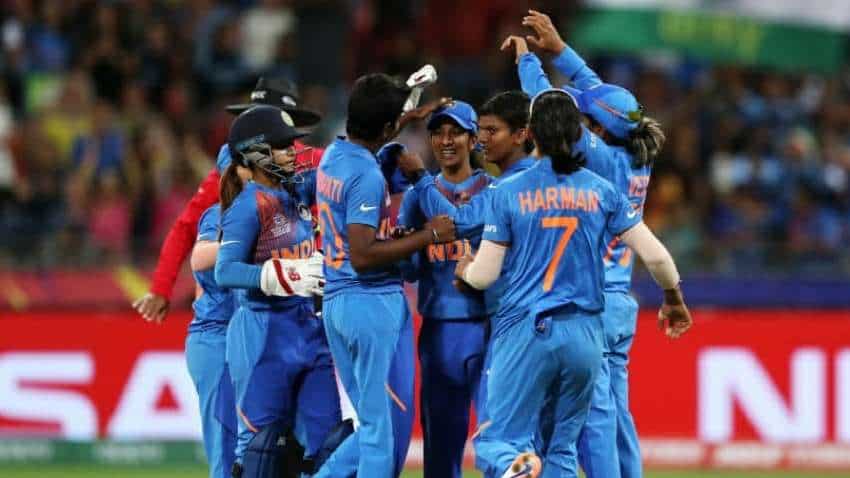 According to the rules for ICC tournaments, a 10-over-a-side encounter is a must for a complete game. Source - Harmanpreet Kaur/Twitter.
Written By: ZeeBiz WebTeam
Edited By: Prashant Singh
RELATED NEWS

Kapil Dev on coronavirus: What cricketing icon had to say about Covid-19 in India

India women vs England women T20 World Cup Semi Final: Led by Harmanpreet Kaur, the Indian women team will take on England in a high voltage encounter on Thursday morning. That is, if the Sydney weather allows. The city is witnessing rainfall and there are no reserve days for World T20 semifinals. In case the match doesn't happen, the Indian team will dance its way to the finals on the basis of its group round performance.

According to the rules for ICC tournaments, a 10-over-a-side encounter is a must for a complete game. The Indian team has been shouldered by a 16-year-old Shafali Varma who has stormed his way to the top of ICC T20 Women Rankings. Taniya Bhatiya, meanwhile is enjoying a great World Cup behind the stumps.

India vs England, ICC Women's T20 World Cup 2020, 1st Semifinal will be played on March 5 at the Sydney Cricket Ground. The match will start at 9:30 am.

The IND W vs ENG W match live will be broadcast on the Star Sports Network. The live streaming of the match will also be available on Hotstar and Jio TV.

Kapil Dev on coronavirus: What cricketing icon had to say about Covid-19 in India