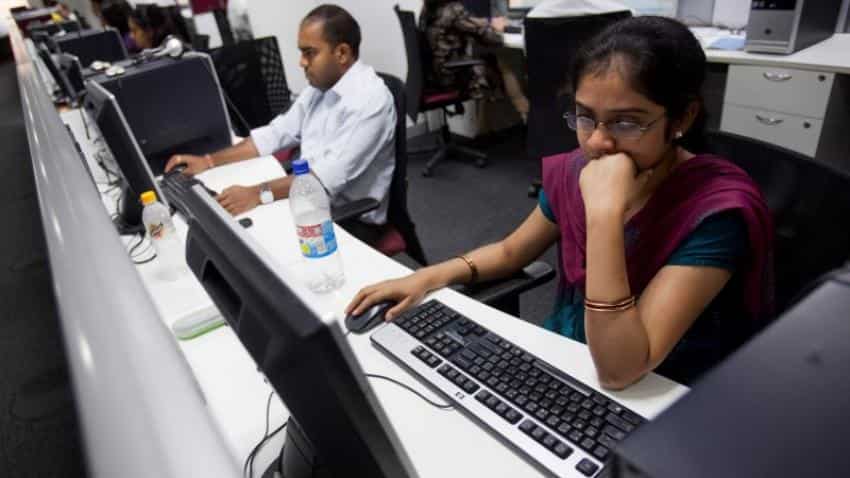 Employees work on their computer terminals on the floor of an outsourcing centre in Bangalore. Image Source: Reuters
Written By: Reuters
RELATED NEWS

India will present proposals to the World Trade Organisation (WTO) on ways to ease trade in services, Commerce Minister Nirmala Sitharaman said on Wednesday, as Asia's third-largest economy seeks to leverage one of its competitive strengths.

India cleared the way for a WTO Trade Facilitation Agreement (TFA) covering goods in 2014, after tortuous talks in which it won a concession letting it stockpile strategic food reserves for its mostly poor population of 1.3 billion people.

New Delhi has often dragged its feet in the multilateral arena and been reluctant to cut bilateral free-trade deals because experience has shown its goods sector often cannot compete on international markets.

By contrast, India's services sector, including back-office operations for multinationals, is a big export earner and the idea of striking a similar multilateral deal on services first came up at a meeting of trade ministers in Paris in June.

"This is a matter on which the WTO will now have to work," said Sitharaman, speaking on the sidelines of the Economist India Summit.

Prime Minister Narendra Modi called for free trade in services at the recent Group of 20 summit hosted by China and, Sitharaman said, India will soon submit a paper to the WTO as requested at the Paris meeting.

Restrictions on the admission of Indian IT experts have been one area of concern between the United States (US) and India, and figured in recent two-way strategic and commercial talks.