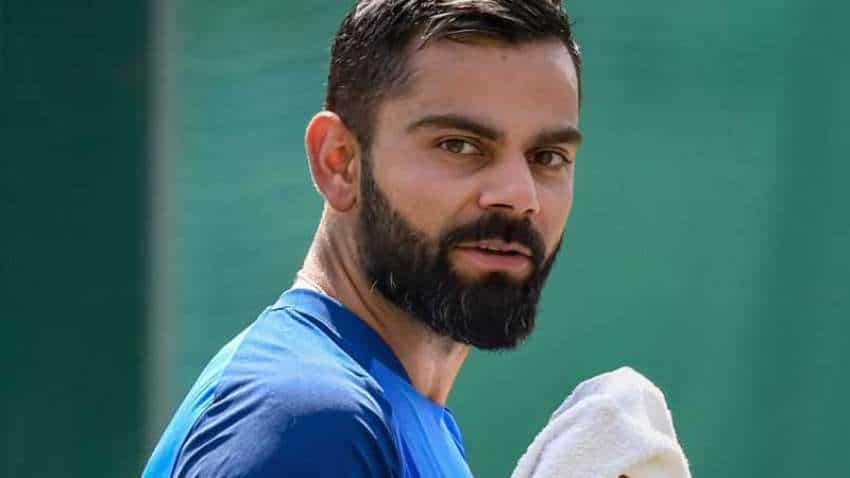 India vs Australia: As the Indian cricket team will look to take something away from the ODI series, Virat Kohli will have a chance to reach a milestone. In the match, Kohli will have a chance to surpass India legend Sachin Tendulkar to become the fastest player to reach 12,000 run-mark in the ODIs. The Indian skipper is just 23 runs away from reaching the 12,000 ODI-run mark. If he manages to do so, he would reach the mark in his 251st ODI, and 242nd innings. In comparison, it took Tendulkar 309 matches and 300 innings to reach the mark.

Australia’s Ricky Ponting, Sri Lanka’s Kumar Sangakkara, Sri Lanka’s Sanath Jayasuriya, and Sri Lanka’s Mahela Jayawardene are the other names on the list. Kohli can also equal Sachin’s record of most ODI hundreds by an Indian player against Australia. If Kohli makes a ton, it will be his 9th ODI hundred against the Aussies.

Meanwhile, Kohli won the toss and elected to bat first for the first time in the series on Wednesday morning. The Indian team made four changes in the playing XI, handing T Natarajan his ODI debut.

“We will bat first. Looks a nice wicket and the last time we played here it was a really good wicket to bat on. Want to bat well and put the opposition under pressure. Need to improve the body language in the field and the bowling as well. It's a result of us not being consistent in the last two games, we are gonna try a few things tonight and see how it goes,” Kohli said at the toss.

The Indian team has already lost the series with the Aaron Finch-led Australia taking an unassailable 2-0 lead in the three-match ODI series. Kohli played a scintillating 89-run innings in the 2nd ODI during India’s 390-run chase. But a great catch from Moises Henriques ended his stay as India lost the match by 51 runs.