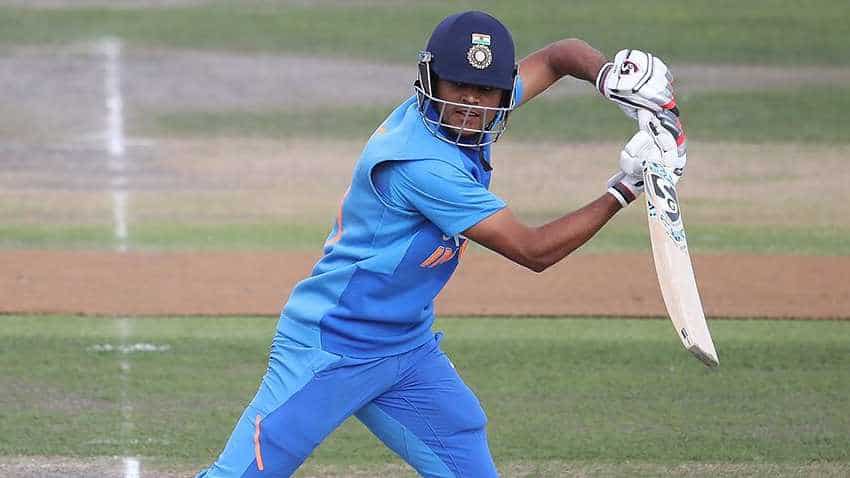 A total of 16 teams will participate in this year's competition, split into four groups. Source - IANS.
Written By: ZeeBiz WebTeam
Edited By: Harish Dugh
RELATED NEWS

IPL auction 2020: Full list of 332 players to go under hammer with their base price

India Under 19 World Cup team: Uttar Pradesh cricketer Priyam Garg will lead India's charge to defend the Under 19 World Cup title, won two years ago under the captaincy of Prithvi Shaw. This year's tournament will be played in South Africa from January 17 to February 9. The 15-man squad was announced on Monday morning by the All-India Junior Selection Committee and Dhruv Chand Jurel was named the vice captain. The other notable name in the list is of Mumbai's dashing opener Yashasvi Jaiswal who became the youngest to score a double century in List A cricket.

A total of 16 teams will participate in this year's competition, split into four groups. The top two teams from each group will then qualify for the Super League stage. India, which has been clubbed alongside New Zealand, Sri Lanka and Japan in Group A, will open their tournament campaign against Sri Lanka at the Mangaung Oval in Bloemfontein on January 19. On January 21 and 24, India will play their remaining two group games against Japan and New Zealand.

India is the most successful team in the tournament having won four titles till date, including in 2018, when they beat Australia by eight wickets in the final and remained unbeaten in the tournament. Australia have won the trophy three times, Pakistan have won it twice while England, South Africa and the West Indies have won once each.

South Africa, hosts in 1998 and champions in 2014, play their opening match at the Diamond Oval in Kimberley on January 17.

IPL auction 2020: Full list of 332 players to go under hammer with their base price