India will press for better trade deal with China as part of the ongoing negotiations for the proposed mega trade deal - RCEP, which is slated to be concluded next year, official sources said. 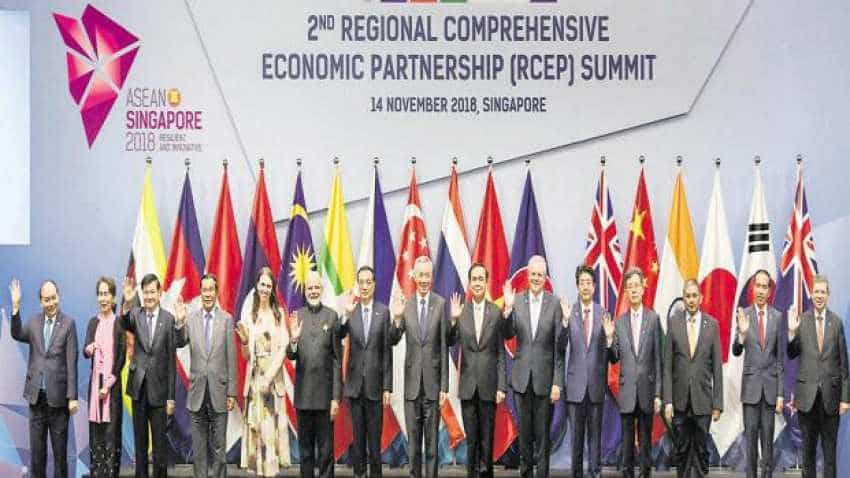 India will press for better trade deal with China as part of the ongoing negotiations for the proposed mega trade deal - RCEP, which is slated to be concluded next year, official sources said. In view of the widening trade deficit with China, India wants to give zero duty market access to less number of Chinese goods as compared to other RCEP member countries in the proposed mega trade agreement.

The members want India to remove tariffs or customs duties on about 90-92 per cent items that it trades with the countries with which it has a free trade agreement and includes Asean and Japan. With the non-free trade agreement partners -- China, Australia and New Zealand - discussions are on for eliminating duties on 80-86 per cent of the products.

India has asked for 20 years period to remove these duties. But with China, it wants more time for elimination of tariffs. "What we got in goods is amazing. We have got high flexibility. Now, how much we can give to China is a challenge but we believe that given the trade deficit, China should give us more and we would give them lower and take a longer staging period," the sources said.

Several domestic industries, including steel, food processing and metals, and government departments are raising concerns over the presence of China in the RCEP group. They have stated that lowering or eliminating duties for China will flood Indian markets with Chinese goods.

Further, the sources said the commerce ministry will commission a study on the agreement. "As the negotiations moved to next year, the ministry now have lot of space to manoeuvre, intensify negotiations bilaterally on a give and take basis in services and goods," they said.
The ministry will undertake intense negotiations with the partner countries, other departments, industry and concerned stakeholders.

"Now all rounds of negotiations are going to be based on this principle (bilateral discussions). We had talks with China and we will have another round with China. If we have some understanding with China, then more or less the traction will be achieved in RCEP negotiations and it will accelerate further," they added.

In services sector, India is pushing for business visitor commitment for smooth movement of professionals. The negotiations have dragged on as the member countries want an agreement over the removal of customs duties on the maximum number of products traded between them. However, countries like India have certain reservations on this as the grouping includes China, with which New Delhi has a huge trade deficit.

Out of the total 16 chapters, talks are concluded only on five. These chapters, which are on procedural issues, include economic and technical cooperation; SMEs; government procurement; and standards and conformity assessment. India is looking for a balanced trade agreement as it would cover 40 per cent of the global GDP and over 42 per cent of the world's population.