India will retain its record as the world's fastest-growing major economy, expanding at a rate of 7.3 per cent this fiscal year despite a cut of 0.2 per cent from the projection made in January: International Monetary Fund (IMF)'s World Economic 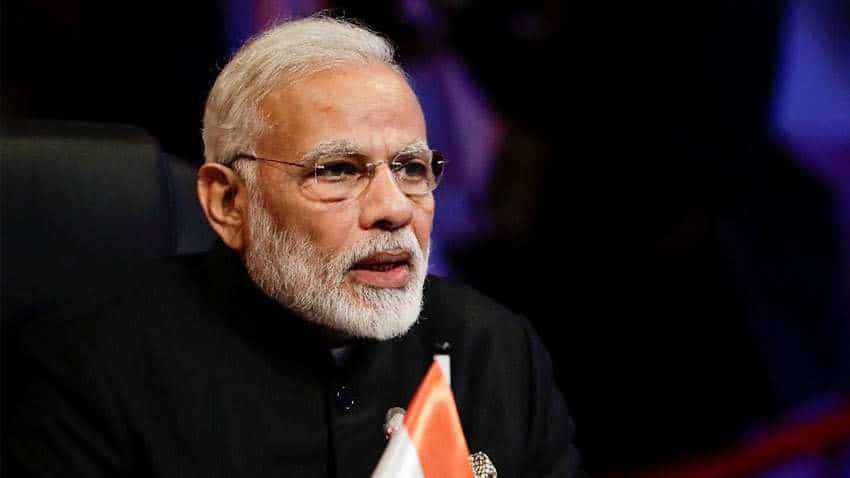 One of the suggestions IMF made to reduce public debt is to further reduce subsidies, which may not be politically palatable. Reuters
RELATED NEWS

India will retain its record as the world's fastest-growing major economy, expanding at a rate of 7.3 per cent this fiscal year despite a cut of 0.2 per cent from the projection made in January, according to the International Monetary Fund (IMF)'s World Economic Outlook report released on Tuesday. This is Gita Gopinath's first flagship report after she took over this year as the IMF's chief economist. The outlook report said that India's growth is "supported by the continued recovery of investment and robust consumption amid a more expansionary stance of monetary policy and some expected impetus from fiscal policy".

Even though the IMF cut the growth projection for this year by 0.2 per cent from the 7.5 per cent made in January, it is higher than last year's growth of 7.1 per cent and is projected to increase to 7.5 per cent next year, though lower than the earlier 7.7 projection. The Outlook said the cuts reflect "the recent revision to the national account statistics that indicated somewhat softer underlying momentum". Over the medium term, India's growth is expected to stabilise at just under 7.75 per cent "based on continued implementation of structural reforms and easing of infrastructure bottlenecks", it said.

The report noted that "important steps have been taken to strengthen financial sector balance sheets, including through accelerated resolution of nonperforming assets under a simplified bankruptcy framework". India, however, remains a bright spot in a global economy, whose growth is expected to be only 3.3 per cent this year, down from last year's 3.6 per cent, but expected to reach that figure next year. The IMF growth figures for India are slightly higher than those of the Asian Development Bank (ADB)'s outlook report released last Wednesday.

The ADB said that India's growth will tick up from 7 per cent last year to 7.2 per cent this year and 7.3 per cent next year fuelled by stronger consumption. "The recovery in agriculture and stronger domestic demand, with reform having strengthened the health of banks and corporations" and the domestic firms and products becoming more competitive following the implementation of a value-added tax, will all help the growth, it said. According to the IMF's outlook report, China is on a low growth trajectory as its economy matures: it grew by 6.6 per cent last year and is projected to slow down to 6.3 per cent this year and 6.1 next year.

The United States grew by 2.9 per cent last year and is projected to slow down to 2.3 this year and 1.9 next year, the report said. Fast-growing economies like India and China support the aggregate growth for the world in addition to emerging markets and developing economies, it noted The report said: "Following a broad-based upswing in cyclical growth that lasted nearly two years, the global economic expansion decelerated in the second-half of 2018".

It blamed the slowdown on the trade spat and tariff hikes between the US and China, besides "a decline in business confidence, a tightening of financial conditions, and higher policy uncertainty across many economies". The IMF said that to secure its growth prospects, it is essential that India continues to implement structural and financial sector reforms and makes an effort to reduce public debt through continued fiscal consolidation.

One of the suggestions it made to reduce public debt is to further reduce subsidies, which may not be politically palatable. Other suggestions for India in the outlook include improving the governance of public sector banks; reforms to hiring and dismissal regulations to incentivise job creation and absorb the country's large demographic dividend; and land reform to facilitate and expedite infrastructure development.