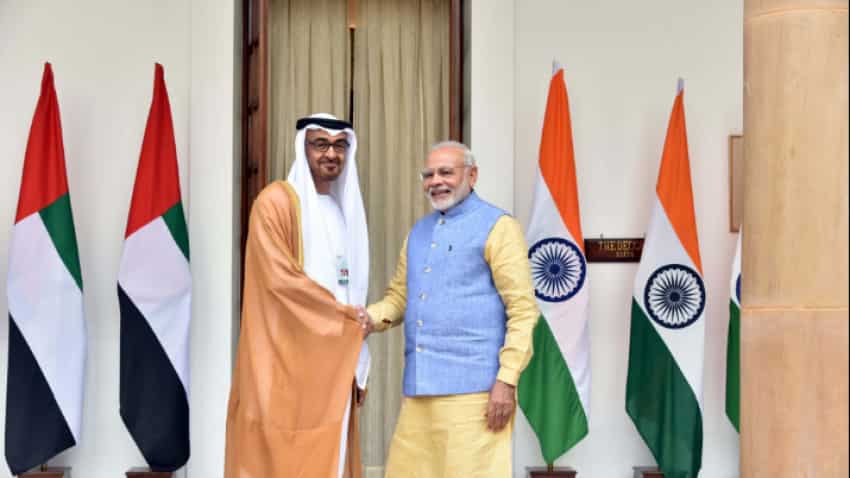 India signed a deal with the United Arab Emirates (UAE) on Wednesday that allows the Gulf nation to fill half of an underground crude oil storage facility at Mangalore that is part of New Delhi`s strategic reserve system.

UAE`s Abu Dhabi National Oil Co (ADNOC) will store about 6 million barrels of oil at Mangalore, taking up about half of the site`s capacity, said Sunjay Sudhir, joint secretary for international cooperation at the Indian oil ministry.

India, hedging against energy security risks as it imports most of its oil needs, is building emergency storage in underground caverns to hold 36.87 million barrels of crude, or about 10 days of its average daily oil demand in 2016.

"This will ... help to ensure India`s energy security and enable us to meet the nation`s growing demand for energy," said Indian oil minister Dharmendra Pradhan.

As one of the fastest growing economies in the world, India needs massive investments in some key sectors, particularly infrastructure.

During Modi`s visit to the UAE in 2015, the two countries announced a $75 billion joint infrastructure fund that would invest in India`s infrastructure development. UAE is India`s fifth biggest oil supplier.

We agreed to sustain the momentum in energy & investments. India welcomes UAE's interest in investing in our infrastructure sector.

The crude supplies will begin in the last quarter of this year, Sudhir told Reuters. "We are talking to them (ADNOC) for two-three grades and most likely it will Murban."

The two sides had discussed ways to advance their energy ties through specific projects, including long-term supply contracts and joint ventures in energy, Modi said in a speech after his meeting with the crown prince.

India in 2014 began talks to lease part of its strategic storage to ADNOC. Under those discussions, India was to have first rights to the stored crude in case of an emergency, while ADNOC would be able to move cargoes to meet any shift in demand.

India has already filled the other half of the Mangalore storage in Karnataka state with 6 million barrels of Iranian oil.

India, the world`s third-biggest oil consumer, has also filled a Vizag storage site in southern Andhra Pradesh with 7.55 million barrels of Iraqi oil and has invited bids from suppliers to fill an 18.3 million-barrel facility at Padur in Karnataka.

The crown prince will be the guest of honour at India`s Republic Day parade on Thursday.