The test took place at 7.45 a.m., and an incoming missile was successfully intercepted at a height of 100 km with a direct hit by an interceptor missile, said a Defence Research and Development Organisation (DRDO) official. The PDV can reach even higher altitudes. 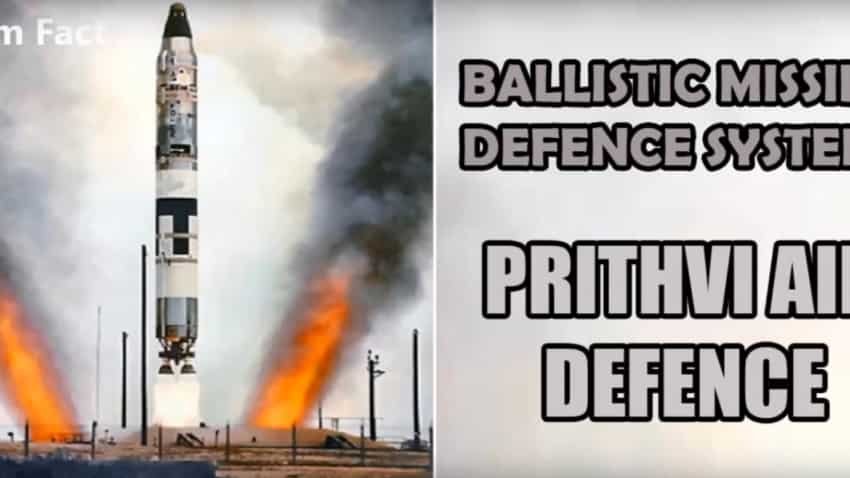 Enhancing its capability to dealing with a nuclear attack threat, India on Saturday successfully test fired a Prithvi Defence Vehicle (PDV) interceptor missile designed to intercept and destroy hostile ballistic missiles in space even before they re-enter the Earth`s atmosphere.

The test took place at 7.45 a.m., and an incoming missile was successfully intercepted at a height of 100 km with a direct hit by an interceptor missile, said a Defence Research and Development Organisation (DRDO) official. The PDV can reach even higher altitudes.

"India successfully conducted a test wherein an incoming ballistic missile target was intercepted by an exo-atmospheric interceptor missile off the Bay of Bengal," an official statement said.

"With this commendable scientific achievement, India has crossed an important milestone in building its overall capability towards enhanced security against incoming ballistic missile threats. It has entered an exclusive club of four nations with developing capabilities to secure its skies and cities against hostile threats," it said.

Prime Minister Narendra Modi and Defence Minister Manohar Parrikar lauded the efforts of the DRDO and all the scientists involved for their dedicated efforts in this significant achievement.

"Today (Saturday) our scientists have made a missile that could attack an incoming missile in the sky. Only four-five countries in the world have done this," Modi said at a poll rally in Uttarakhand.

The two stage PDV missile is part of the two layered Ballistic Missile Defence system developed by the DRDO, the research and development wing of the Defence Ministry, with the Hyderabad based Research Centre Imaarat (RCI) as the nodal laboratory.

Its interception window spans from 80-120 km.

The fully automated system consists of a network of sensors, computers and launchers, designed to intercept hostile ballistic missiles, possibly carrying nuclear weapons and destroy them before they can cause any damage.

This was the second test of the PDV.