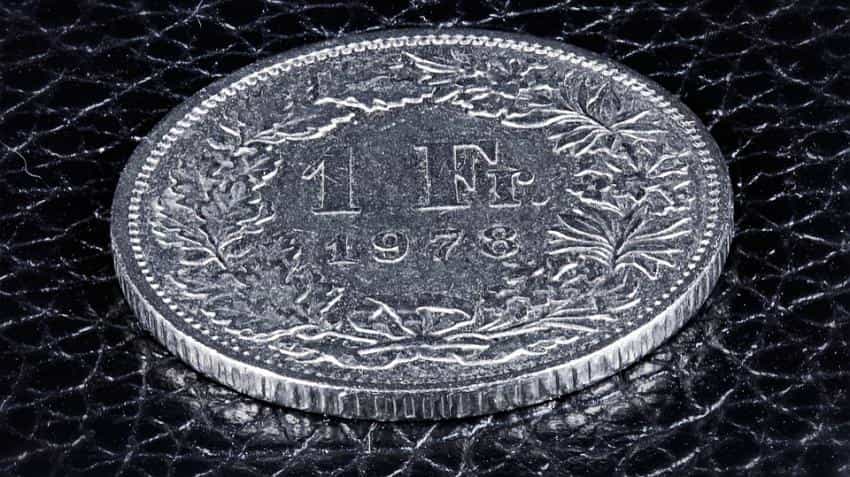 India has slipped to 75th place in terms of money held by its citizens with banks in Switzerland.

India was placed at 61st place last year, while it used to among top-50 countries in terms of holdings in Swiss banks till 2007. The country was ranked highest at 37th place in the year 2004.

As per the latest annual update on Swiss banks, released by Switzerland's central bank SNB (Swiss National Bank), the total money held there by foreign clients from across the world fell by nearly 4 per cent to Swiss franc (CHF) 1.42 trillion (about Rs 98 lakh crore) at the end of 2015.

In terms of individual countries, the UK accounted for the largest chunk at about CHF 350 billion or almost 25 per cent of the total foreign money with Swiss banks.

The US came second with nearly CHF 196 billion or about 14 per cent. No other country accounted for a double-digit percentage share, while others in the top-ten included West Indies, Germany, Bahamas, France, Guernsey, Luxembourg, Hong Kong    and Panama.

India was ranked 75th with CHF 1.2 billion (about Rs 8,392 crore), which is not even 0.1 per cent of the total foreign money in Swiss banks and is the lowest for the country in at least two decades or since 1996 -- the first year for which full comparable data is available.

Pakistan was placed higher at 69th place with CHF 1.5 billion -- a shade better than 0.1 per cent of total foreign money parked with Swiss banks.

All offshore financial centres together held CHF 378 billion in Swiss banks. The total for developing countries stood at CHF 207 billion, while the same for the developed countries was much higher at CHF 833 million.