The deal is expected to generate at least three billion Euros for Indian companies and generating hundreds of jobs in India. 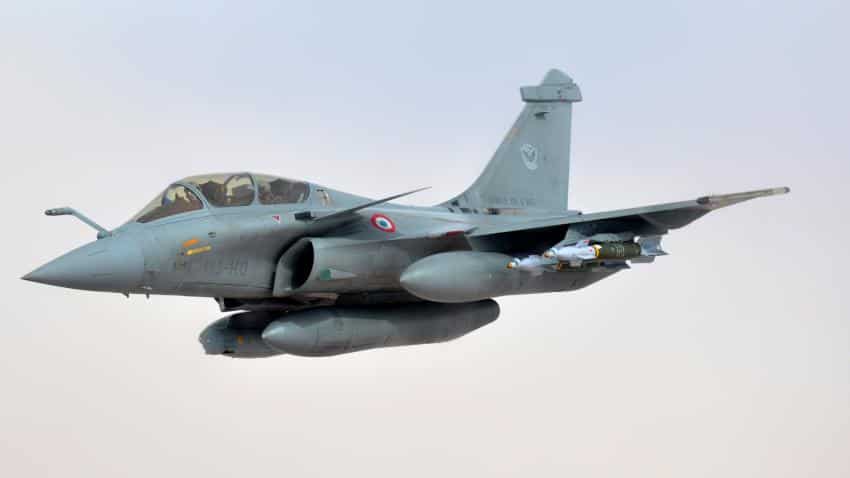 The makers of Rafale, Dassault Aviation along with the chief executive officers of French companies will also be present. Photo: Wikipedia

The deal which was the first fighter jet deal in 20 years was signed today in the presence of Defence Minister Manohar Parrikar and Drian.

The makers of Rafale, Dassault Aviation along with the chief executive officers of French companies were also present.

Defence sources had earlier said that the deal comes with a saving of nearly Euros 750 million than that during UPA government era, which was scrapped by Prime Minister Narendra Modi, besides a 50% offset clause.

Reportedly, the delivery of these aircraft will start in next 36 months and will be completed in 66 months. The aircraft come equipped with state-of-the-art missiles like 'Meteor' and 'Scalp' that will give Indian Air Force (IAF) a capability that had been sorely missing in its arsenal.

Besides other features that make the Rafale a strategic weapon in the hands of the IAF is the Beyond Visual Range Meteor air-to-air missile with a range in excess of 150 KM.

Its integration on the Rafale jets will mean the IAF can hit targets inside both Pakistan and across the northern and eastern borders while still staying within India's own territorial boundary.

Pakistan currently has only a BVR with 80 km range. During the Kargil war, India used a BVR of 50 km while Pakistan had none. With Meteor, the balance of power in the air space has again tilted in India's favour.

The deal is expected to generate at least three billion Euros for Indian companies and generating hundreds of jobs in India.

Rafale deal the best India could have got: Defence Ministry