Lagarde also said that India should continue with reforms with special focus on financial services sector. 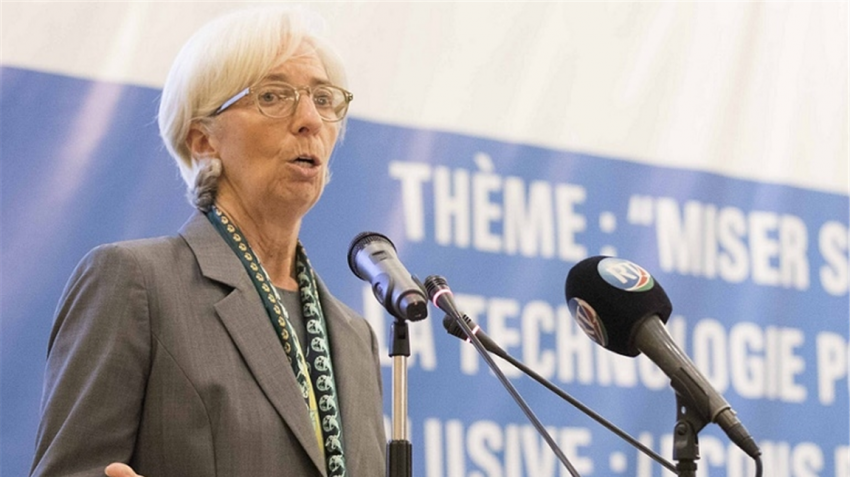 IMF chief Christine Lagarde today said India must continue with reforms especially in the financial services sector and should urgently focus on broad-based and true inclusion of women in its economy.

Lagarde also said that India should continue with reforms with a special focus on the financial services sector.

Addressing a press conference at Davos, as part of the all-women co-chairs of the World Economic Forum (WEF) annual meet, Lagarde said IMF research has shown that raising women's participation in the workforce to the level of men can boost Indian economy by 27 percent.

Earlier on Monday, the International Monetary Fund (IMF) reaffirmed that India`s economy is projected to grow by 7.4 percent in the next fiscal year, regaining the rank of the world`s fastest-growing large economy as China slows down.

Like India`s improving economic performance, the global economy was also on the uptick, estimated to have grown by 3.7 percent last year and forecast to grow this year and the next by 3.9 percent, according to the Fund`s World Economic Outlook Update.

At the release of the Update in Davos, IMF head Christine Lagarde said that for the world economy, "all signs point to a further strengthening both this year and next," but cautioned that "complacency would be a mistake."

"We should certainly appreciate this season of broad-based growth momentum," she said. "But we should also use this time to find lasting solutions to the challenges facing the global economy in 2018."

The update gave a rosier estimate for the current year than the Indian government's. It estimated the Indian gross domestic product (GDP) growth at 6.7 percent in 2017-18, compared to the 6.5 percent figure given by the Ministry of Statistics and Programme Implementation.

(With Input from agencies)

Warning! What IMF MD Christine Lagarde has to say on technology giants using big data and AI and impact on financial system