he median forecast from a poll of 35 economists showed the Indian economy grew 7.1 percent annually in the first three months of this year. Forecasts ranged from 6.5 to 7.8 percent. 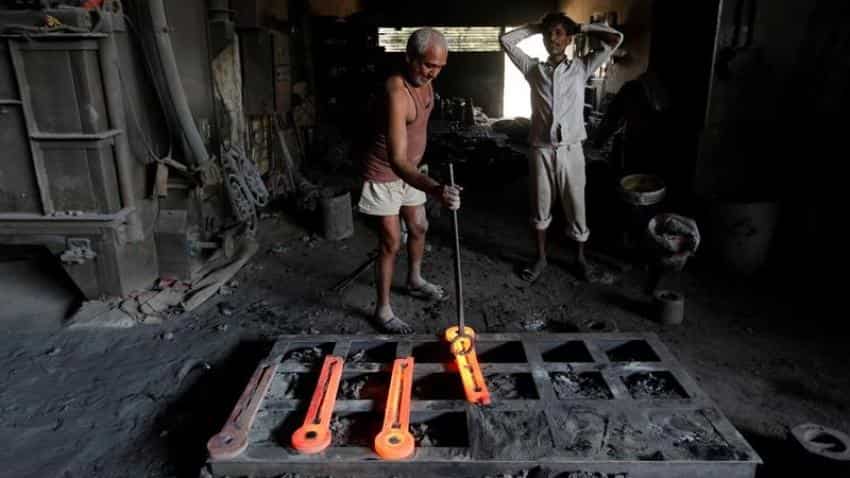 India remained the fastest growing major economy in the world last quarter, with growth buoyed by an improved performance in manufacturing and services, a Reuters poll of economists found.

The median forecast from a poll of 35 economists showed the economy grew 7.1 percent annually in the first three months of this year. Forecasts ranged from 6.5 to 7.8 percent.

"The demonetization drive barely impacted the economic momentum in the second half of FY`17. Most of the high-frequency indicators showed only a marginal slowdown and were quick to recover," said Tushar Arora, senior economist at HDFC Bank.

India`s industrial output rose 2.7 percent in March from a year earlier, beating the median consensus of 1.5 percent growth in a Reuters poll.

Factory and services activity expanded for most of the first quarter of 2017, rising to a five-month high in March, indicating the effects from demonetization were short lived.

This acceleration in economic growth was partly driven by favourable domestic factors, including a significant improvement in the transmission of past central bank policy rate reductions into banks` lending rates, encouraging investment.

In addition, infrastructure spending is expected to support growth, as will higher agricultural output if the monsoon rains prove favourable.

The economy is also expected to benefit from the introduction of a nationwide goods and sales tax (GST), elminating multiple state sales taxes, making it far easier to do business in India.

The GST is expected to come into effect from July 1.

"The GST will boost Indian GDP at least by 100-150 basis points. It won`t happen right after July 1, but probably by the end of FY18," said Karan Mehrishi, lead economist at ?SMERA Ratings Limited.