“In view of the prevailing circumstances, it has been decided that our Ambassador in Kabul and his Indian staff will move to India immediately,” Ministry of External Affairs Spokesperson Arindam Bagchi tweeted today 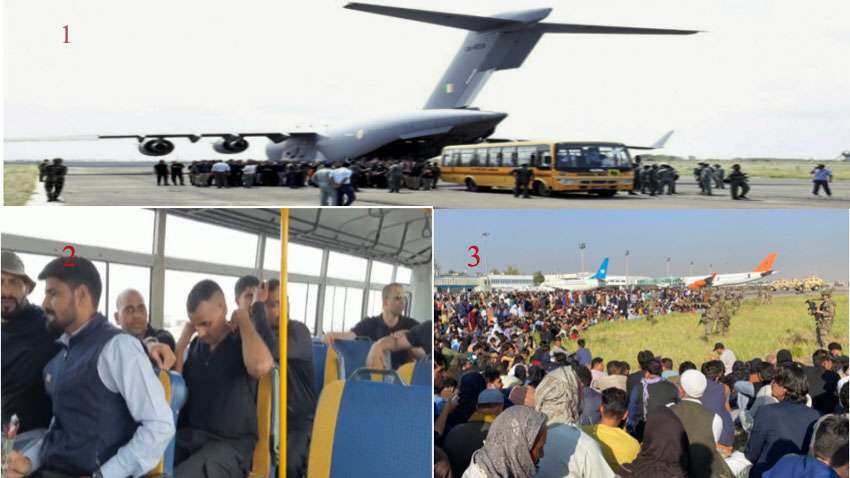 “In view of the prevailing circumstances, it has been decided that our Ambassador in Kabul and his Indian staff will move to India immediately,” Ministry of External Affairs Spokesperson Arindam Bagchi tweeted today.

In view of the prevailing circumstances, it has been decided that our Ambassador in Kabul and his Indian staff will move to India immediately.

The evacuees include Indian Ambassador to Afghanistan Ronendra Tandon, embassy`s staff, their family members and the journalists, who went to cover the war, the IANS report said.

“#MEA has set up a Special Afghanistan Cell to coordinate repatriation and other requests from Afghanistan,” Bagchi tweeted earlier.

Given the Kabul situation, important we have accurate information about Indians there. Urge that this be provided by all concerned to the MEA Special Afghanistan Cell at:

On Sunday, the C-17 Globemaster aircraft had evacuated around 180 Indians, this report said.

India on Tuesday announced that it will issue an emergency e-visa to Afghan nationals who want to come to the country in view of the prevailing situation in Afghanistan after the Taliban captured power there, one PTI report said.

All Afghans, irrespective of their religion, can apply for the 'e-Emergency X-Misc Visa' online and the applications will be processed in New Delhi, it said.

"The security situation in Kabul has deteriorated significantly in the last few days. It is changing rapidly even as we speak," Commenting on the prevailing situation in Afghanistan, Bagchi had said on Monday and IANS had reported.

He said that the government has been closely monitoring all developments in Afghanistan.

"We have been issuing periodic advisories for the safety and security of the Indian nationals in that country, including calling for their immediate return to India," he said.

He also said that they had circulated emergency contact numbers and had also been extending assistance to the community members. "We are aware that there are still some Indian nationals in Afghanistan who wish to return and we are in touch with them," he had said.

The officer also said that there are also a number of Afghans who have been Indian partners in the promotion of mutual developmental, educational and people to people endeavours. "We will stand by them," he had said.

He had also informed that commercial operations from Kabul airport have been suspended. "This has forced a pause in our repatriation efforts. We are awaiting the resumption of flights to restart the process," the officer had said.

The situation in Afghanistan is being monitored on a constant basis at high levels and the government will take all steps to ensure the safety and security of the Indian nationals and our interests in Afghanistan, he had assured.

The Taliban swept into Kabul after the Western-backed government collapsed and President Ashraf Ghani fled the country, bringing a stunning end to a two-decade campaign in which the US and its allies had tried to transform the country.

US forces took charge of the airport, the only remaining exit point from Afghanistan as the Taliban held control of all ground routes following their dramatic advances across the country during the past week, which climaxed on Sunday when the insurgents streamed triumphantly into Kabul, capturing the capital without a fight.
US Secretary of State Antony Blinken has discussed the Afghanistan situation with External Affairs Minister S. Jaishankar as he made a round of calls to foreign ministers with direct interests in the country overrun by the Taliban.

Jaishankar tweeted after the call on Monday that while discussing the latest developments in Afghanistan he "underlined the urgency of restoring airport operations in Kabul. Deeply appreciate the American efforts underway in this regard".

The airport is under US control after President Joe Biden rushed thousands of Army and Marine troops there last week. But thousands of Afghans desperate to flee the Taliban flooded the tarmac stopping flights from landing or taking off on Monday.