India has a long way to go before it can achieve gender parity. In the meantime what it can learn from Iceland's success that closed 87% of its gender gap issues lies in "women taking power and creating alternatives to the male dominant truths." 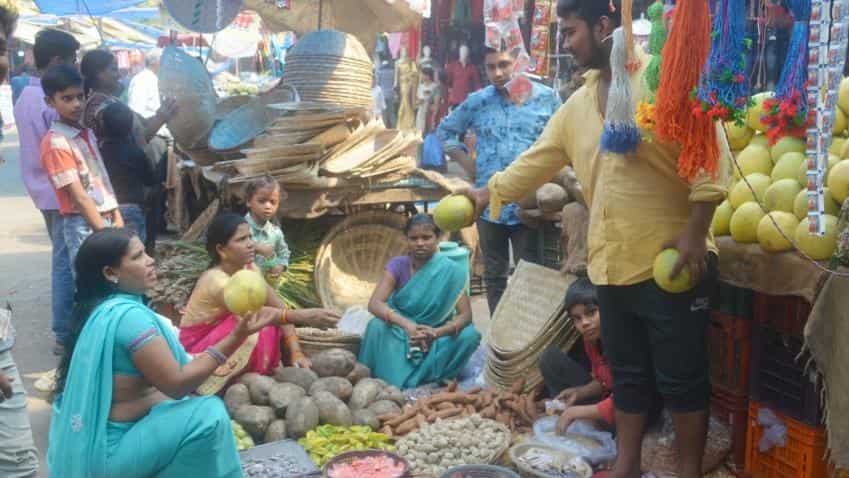 The country ranked 141 out of 144 countries in terms of health and survival of the girl child. Representational image of women busy shopping in Ghaziabad. Image Source: IANS

When it comes to gender equality and economic opportunity for all India ranked 108th, behind countries like Ghana (72), Kenya (76) and even Bangladesh (47), a report by World Economic Forum (WEF) revealed on Thursday.

WEF termed it as ‘least improved country’ in a decade in matters of 'Health and Survival.' With this gender gap ranking India has slipped back into its same ranking two years ago in 2015.

“India (108) experiences a decline in its overall Global Gender Gap Index ranking, largely attributable to a widening of its gender gaps in Political Empowerment as well as in healthy life expectancy and basic literacy,” the report said.

“It (India) continues to rank fourth-lowest in the world on Health and Survival, remaining the world’s least-improved country on this sub index over the past decade,” the report added.

The country ranked 141 out of 144 countries in terms of health and survival of the girl child.

While India soared 30 places to enter this year’s top 100 countries where it got a little easier to do business, markets cheered on. Sensex touched a ‘life time’ high of 33,600 points while Nifty-50 crossed the 10,400 mark.

The ‘ease of doing business’ ranking that takes into account starting business ventures in India as well as ease of paying taxes and trading across state borders.

Yet the initiatives to bring women on par with men in Indian society in matters of educational attainment, health and survival and political empowerment are still lacking. India ranked 139, 112, 141 and 15 in the above categories respectively among 144 countries.

While India’s economic participation, educational attainment and political empowerment ratio speaks of female proportion to male in society its ‘health and survival’ ratio speaks of sex ratio at birth (converted to female-over-male ratio).

India scored 0.669 on the global index of gender gap and 0.942 in the health and survival ratio.

The more deviations away from the score 1, the higher the ‘distance to parity’ in the country for that sub index appears to be. 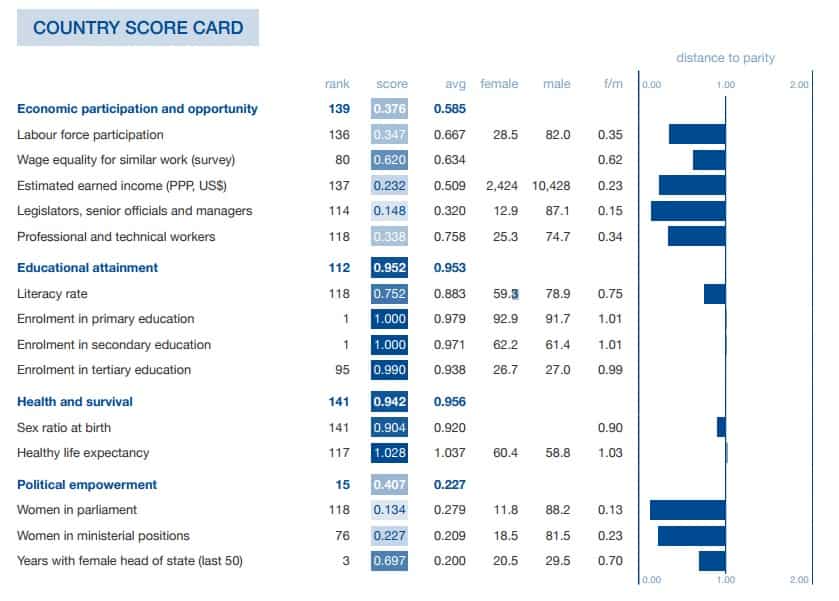 After improving its ranking in the same gender gap index last year, the country has slipped 21 spaces from its 87th position in 2016 to land at 108.

The government had boasted of achieving 87th position last year, “The improvement in ranking has been driven largely by major improvements in education. On education attainment India has moved up from 125th rank in 2015 to 113th in 2016.”

The country has marginally improved its ranking in the sub-indices of WEF’s gender gap index. India’s Health and Survival ranking was 142nd last year and on political empowerment it ranked 112th.

Then where did it go wrong?

A comparison of the scores of the top 10 ranking countries from 2016 to 2017 suggest the world is improving its gender equality issues faster than India.

“Newly available data reveals the scale of India’s gender gap in women’s share among legislators, senior officials and managers, as well as professional and technical workers for the first time in recent years, highlighting that continued efforts will be needed to achieve parity in Economic Opportunity and Participation,” the report revealed.

What Iceland teaches us

The country to rank first on the gender gap index was Iceland. It has successfully closed more than 87% of its overall gender gap, the report revealed.

Speaking about Iceland’s success and what other countries can learn from it, Magnea Marinósdóttir, Equality Unit, Ministry of Welfare, Iceland said, “the success can be attributed to women taking power and creating alternatives to the male dominant 'truths' and making the invisible realities of women visible, most importantly discriminatory practices including sexual harassment and abuse.”

“With more than 50 years having passed since the inauguration of the nation’s first female prime minister in 1966, maintaining its global top 20 ranking on the Political Empowerment subindex will require India to make progress on this dimension with a new generation of female political leadership,” WEF report added.