Negative real rates in India and recovering growth alongside high inflation suggest its central bank has little room for more monetary stimulus, but policy is likely to stay accommodative, economists and analysts said. 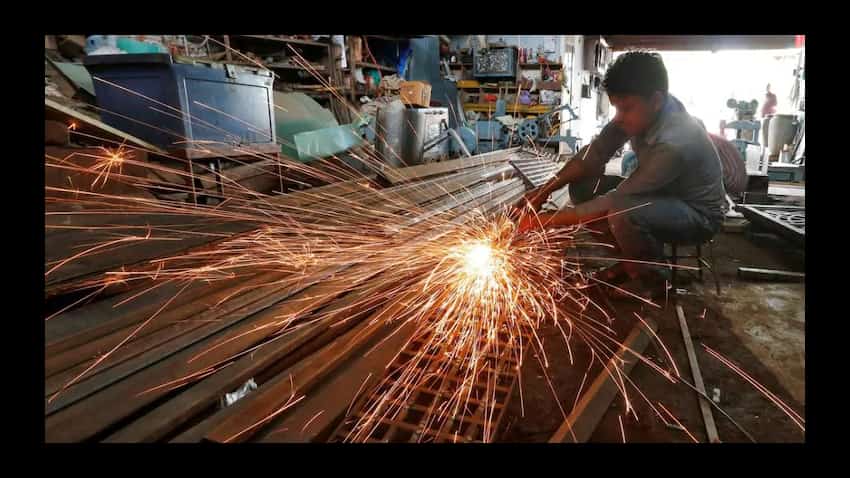 Negative real rates in India and recovering growth alongside high inflation suggest its central bank has little room for more monetary stimulus, but policy is likely to stay accommodative, economists and analysts said.

Industrial production in September grew for the first time in six months while green shoots are also visible in rising goods and services tax collections, higher energy consumption, and an uptick in the purchasing managers` index among other gauges.

With inflation staying above 7% in October for a second straight month, well above the RBI`s medium term target of 4%, views that India is near the end of the current rate cutting cycle have become more pronounced.

"The inflation rate has been consistently ahead of not only your target rate but the upper end of your target range as well. Ideally, you should be looking at rate hikes right now," said Sameer Narang, chief economist at Bank of Baroda.

Though the central bank is unable to hike rates due to the impact of the COVID-19 pandemic on economic activity, it would still be mindful of the long-term impact of negative real interest rates on the economy, economists believe.

High inflation is a risk the RBI cannot afford to ignore, Nomura economists wrote in a note.

JOKER IN THE PACK

The RBI said on Wednesday that prospects for economic recovery have brightened, a comment interpreted by some analysts that the bank may not need to do much more to boost growth.

If the upturn is sustained over the next few months, the RBI said it expects the economy to break out of the contraction seen in the first two quarters and return to positive growth in the December quarter.

Rating agency Moody`s on Thursday revised its 2020/21 growth forecast to a 8.9% contraction from its earlier forecast of 9.6%, citing the steady decline in new and active COVID-19 cases since September.

But COVID-19 is widely seen as the joker in the pack by most analysts.

They said the central bank would help banks and corporates through lower borrowing costs unless a second wave of infections forces it to provide more direct support through rate cuts.

India`s daily coronavirus infections are less than half their peak hit in September, but the economy is still recovering from sweeping lockdowns to check the pandemic`s spread.

Since March, the RBI has slashed the repo rate by 115 basis points to cushion the shock from the crisis.

"Given the fragile state of the economy, the RBI is likely to continue with its accommodative stance for a prolonged period," Sujan Hajra, chief economist at Anand Rathi Securities said.