India preparing for cut in oil imports from Iran

India has said it does not recognize unilateral restrictions imposed by the U.S., and instead follows U.N. sanctions. But the industry sources said India, the biggest buyer of Iranian oil after China, will be forced to take action to protect its exposure to the U.S. financial system. 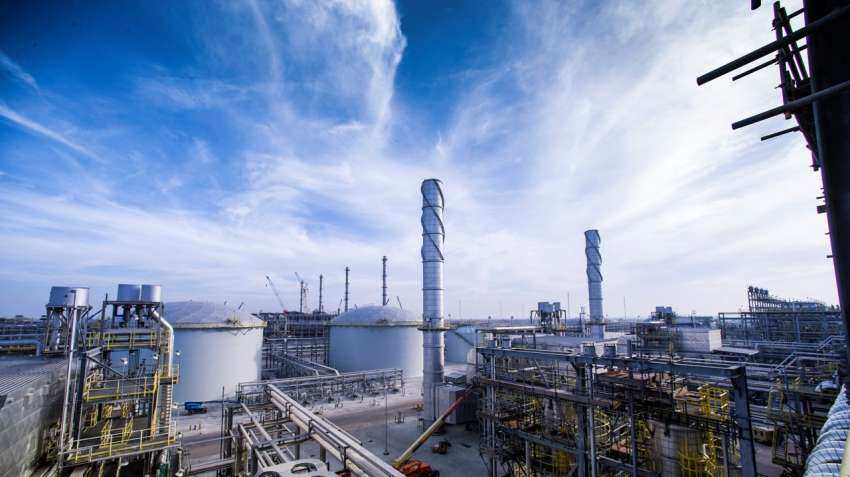 Under pressure from the U.S. sanctions, Reliance Industries Ltd, the operator of the world`s biggest refining complex, has decided to halt imports. Image source: Reuters
Written By: Reuters
RELATED NEWS

India`s oil ministry has asked refiners to prepare for a 'drastic reduction or zero' imports of Iranian oil from November, two industry sources said, the first sign that New Delhi is responding to a push by the United States to cut trade ties with Iran.

India has said it does not recognize unilateral restrictions imposed by the U.S., and instead follows U.N. sanctions. But the industry sources said India, the biggest buyer of Iranian oil after China, will be forced to take action to protect its exposure to the U.S. financial system.

India`s oil ministry held a meeting with refiners on Thursday, urging them to scout for alternatives to Iranian oil, the sources said.

"(India) has asked refiners to be prepared for any eventuality, since the situation is still evolving. There could be drastic reduction or there could be no import at all," said one of the sources, who has knowledge of the matter.

During the previous round of sanctions, India was one of the few countries that continued to buy Iranian oil, although it had to reduce imports as shipping, insurance and banking channels were choked due to the European and U.S. sanctions.

The source said this time the situation is different.

"You have India, China and Europe on one side, and U.S. on the other... At this moment we really don`t know what to do, but at the same time we have to prepare ourselves to face any eventuality," said the source.

The U.S. push to curb countries` imports of Iranian oil comes after President Donald Trump withdrew from a 2015 deal between Iran and six world powers and ordered a reimposition of sanctions on Tehran.

Under pressure from the U.S. sanctions, Reliance Industries Ltd, the operator of the world`s biggest refining complex, has decided to halt imports.

Nayara Energy, an Indian company promoted by Russian oil major Rosneft, is also preparing to halt Iranian oil imports from November after a communication from the government, a second source said. The company has already started cutting its oil imports from this month.

Indian Oil Corp, Mangalore Refineries and Petrochemicals Ltd and Nayara Energy, the top three Indian buyers of Iranian oil, and the oil ministry did not respond to Reuters`s request for comments.

Removing Iranian oil from the global market by November as called for by the United States is impossible, an Iranian oil official told the semi-official Tasnim news agency on Wednesday.

The options to find replacements to Iranian oil have widened after OPEC agreed with Russia and other oil-producing allies last week to raise output from July by about 1 million bpd, with Saudi Arabia pledging a "measurable" supply boost but giving no specific numbers.

Saudi Arabia`s plans to pump up to 11 million barrels of oil per day (bpd) in July would mark a new record, an industry source familiar with Saudi oil production plans told Reuters on Tuesday.

To boost its sales to India, Iran recently offered virtually free shipping and an extended credit period of 60 days.

"We can buy Basra Heavy, Saudi or Kuwait oil to replace Iran. Finding replacement barrels is not a problem, but it has to give the best economic value," a third source in New Delhi said.