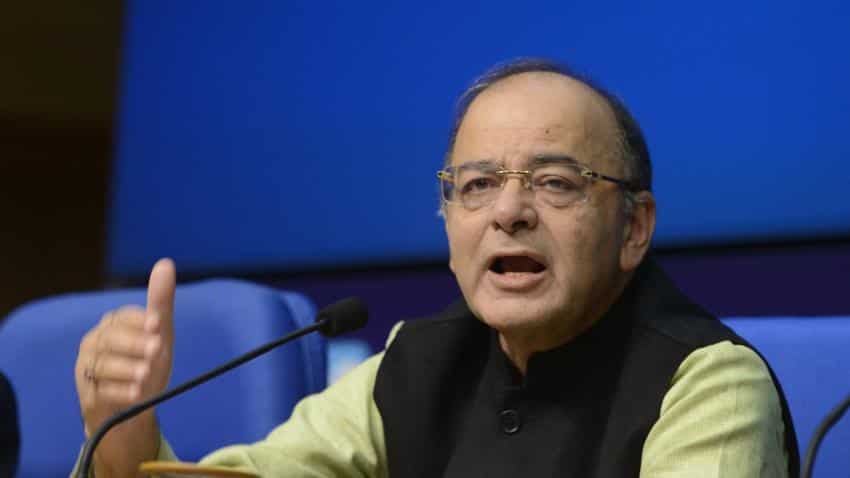 FM Arun Jaitley said gone are the days of the philosophy that high taxation will bring greater revenues and that since 1991 the course of economy has altered itself. Image Source: IANS
Written By: PTI
RELATED NEWS

Finance Minister Arun Jaitley on Monday said a lower level of taxation that is globally compatible is necessary if the country has to have a broader base of economy.

He said gone are the days of the philosophy that high taxation will bring greater revenues and that since 1991 the course of economy has altered itself.

"... What you need is a broader base of economy for which you need a lower level of taxation. You need to manufacture products and provide services which are more competitive in character and therefore your taxes have to be globally compatible," Jaitley said while inaugurating the professional training of IRS officers.

He said competition is not merely domestic but global and therefore in the last two-and-a-half decades, governments have been guided by these principles.

Tracing the behaviour of people in the last 70 years, the Finance Minister said there has been an impression if avoidance could be done of government revenue, there is nothing "improper or immoral" about it.

This was, he said, considered to be "commercial smartness" and of course some people were visited with very serious consequences.

He told the young revenue service officers that in coming future decades they should see that voluntary tax compliance has to increase in India.

"And the mindset of the tax payer (should be) that payment of legitimate taxes is a responsibility and then it should be reciprocated by you with a confidence in the tax payer.

The tax payer is to be trusted, except when it's proven otherwise. And therefore only in those select cases, very objectively selected, you go in for a wider audit or a wider scrutiny itself," Jaitley said.

Jaitley said that tax collectors would need to sharpen their skills as indirect taxes of the Centre and the states are eventually going to converge.

"Once they (taxes of centre and states) converge into one tax, the cooperation between the Centre and the state authorities itself will have to reach very high standards," he said, while referring to the Goods and Services Tax (GST) which is on the anvil.

He further said that standardisation of practices, injection of technology and ability to detect any infringement of violation will require very large supervisory skills.

Observing that there are no grey areas in criminal or tax laws, Jaitley said stricter principles would need to be applied to detect violation.

"There are no grey areas in taxation laws. It's either black or white. It's either payable or not payable. And therefore to discover grey areas in fiscal laws is not possible, that's the same principle that applies to criminal law also, either an offence has been committed or not committed," the Minister said.