India moves toward Blockchain Technology; Here's how it will revolutionize banking system

Ever since the Finance Minister mentioned blockchain technology in his budget speech, the distributed ledger technology has found its way into mainstream attention and prominence. 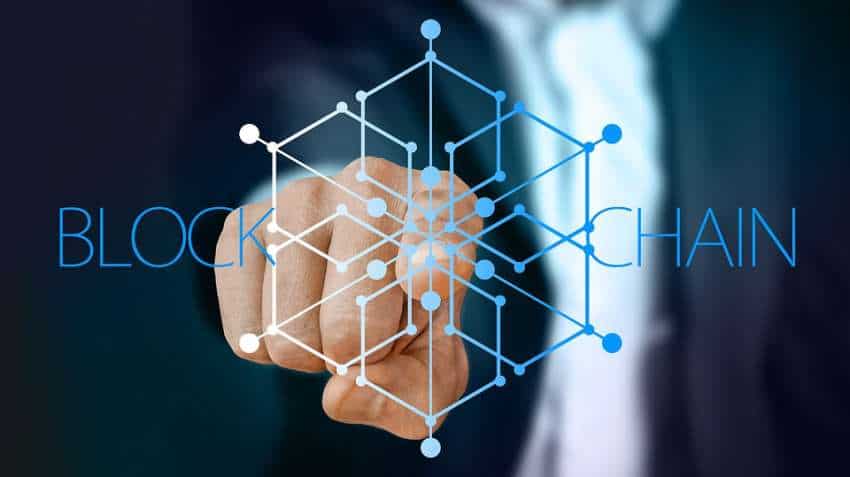 Bitcoin's rise in cryptocurrency market last year has shifted attention of world towards a new technology called as Blockchain. Interestingly this has been known since 90s but many started following it at an extreme level when a digital coin aka Bitcoin jumped to a level of $20,000. This made a new history in internet trading, which boosted investors faith even in other cryptocurrencies like Ethereum, Ripple, Bitcoin Cash, Litecoin and many more. Most of the developed countries want to adapt the extensive use of Blockchain technology and India is also not faraway. Ever since the Finance Minister mentioned blockchain technology in his budget speech, the distributed ledger technology has found its way into mainstream attention and prominence. As Asia’s third largest economy prepares for a digital future, blockchain is touted as a foundation for the new era of information security and widespread connectivity.

Sirish Kumar, Founder and CEO – Telr said, “As a decentralised digital public ledger, blockchain technology has facilitated the security and sanctity of all transactions in crypto-currency. When viewed from outside the dynamic world of crypto-assets, blockchain is fundamentally an advanced bookkeeping platform that any verified participant can access, even though it has no central ownership.

Kumar adds, “The potential of blockchain, especially in securing the digital future of India, along with the substantial process enhancements this technology could bring, makes it nothing less than a revolution.”

Here's how Blockchain Technology will revolutionize banking in Digital India, as per Sirish Kumar, Founder and CEO – Telr

Notwithstanding the meteoric rise of fintech services in India, financial inclusion continues to be a pressing issue. As per ASSOCHAM-EY’s recent report, nearly 19% of the Indian population continues to be unbanked. Traditional identification practices create an ongoing barrier for onboarding this segment of the population into banking.

Blockchain tech resolves these challenges by being able to create digital identities for the unbanked, thus allowing them to start taking advantage of banking services. These identities can be shared with trusted entities across the blockchain, and used for various business, social, and financial transactions. Furthermore, since no single institution has central control or ownership over these identities, the same information cannot be compromised.

Creating digital identities stands to have a multi-layered impact on the Indian the economy. To begin with, consumers would have the convenience to access various financial services, such as online fund transfers, accessing credit facilities etc. Businesses will also profit from this: while the risk of data breaches is minimized, they can on-board the long-tail of Indian consumers and businesses that currently operate offline, while ensuring efficient compliance and customer experience. Lastly, regulators can have standardized processes in place to promptly audit the transactions and have effective compliance and fiscal control.

The near faultless security feature offered by blockchain tech will help inspire mainstream acceptance. As a public, decentralized ledger, blockchain uses cryptography to store information in the form of blocks. Besides, these blocks are time-stamped and linked to one another. Tampering with one block of information would require the hacker to change other linked blocks as well. Besides, since the distributed ledger is shared across different servers, the hacker would have to simultaneously tamper the information on multiple servers, making the entire process practically impossible.

This security feature of the technology is going to act as an important incentive for merchants and consumers adopting the same. While merchants will benefit from the decentralized aspect of transactions, consumers would relish the assurance of knowing their financial information is secured on these platforms. This raises the prospect of the current cash economy, with all its inefficiencies and lack of visibility, transitioning to a more completely serviced, regulated (and taxed) space, with significant knock-on benefits for the Indian economy and its participants.

Blockchain technology is already beginning to disrupt cross-border payments. The current process takes up to 3 business days in transferring funds across borders. However, blockchain technology will expedite the same process to be concluded within 20 seconds. This is achieved through the decentralised aspect of blockchain. Since transactions are not required to be validated by an external entity, such as a bank, it significantly reduces the time required for these transactions.

In addition to speedy transactions, blockchain also reduces the costs and increases the security aspect of international payments. Companies such as Moneygram are now actively exploring using blockchain for rapid cross-border remittances – this is an innovation that is with us today, rather than merely in the realm of possibility.

A fundamental element in blockchain’s proposition is that each transaction made across the blockchain is recorded, becomes available to all participants, and cannot subsequently be altered. This gives businesses the opportunity to get creative with how they evaluate and identify risk. And when machine-learning is applied to the data available on blockchain, anomalous behaviour can be identified as it happens, and fraud prevented. When compared against the current standards, where an individual’s transactions are owned by financial institutions, this solution will be potentially disruptive, as this data will now be available to a wider range of participants than traditional banks.

This creates the opportunity for fintechs to provide intelligent antifraud services, and for diverse businesses to take advantage of the visibility that this data provides in order to function more effectively. Furthermore, this ability to clearly flag fraudulent transactions means that legitimate transactions are more likely to succeed, which will positively impact business’ revenues.

Kumar says, "Blockchain tech goes far beyond the transfer of value (currently its core purpose with cryptocurrencies) - and the financial services sector stands to be one of the early beneficiaries of this. This will only be to the benefit of consumers and businesses alike."

Did you just buy a fake product? Check for counterfeit stuff soon; here is how

Good News for NRIs, here is how making remittances just got easier, better

Cryptocurrency may be getting quietly channelled to North Korea university - report