India modernising nuclear arsenal with eye on China: US experts 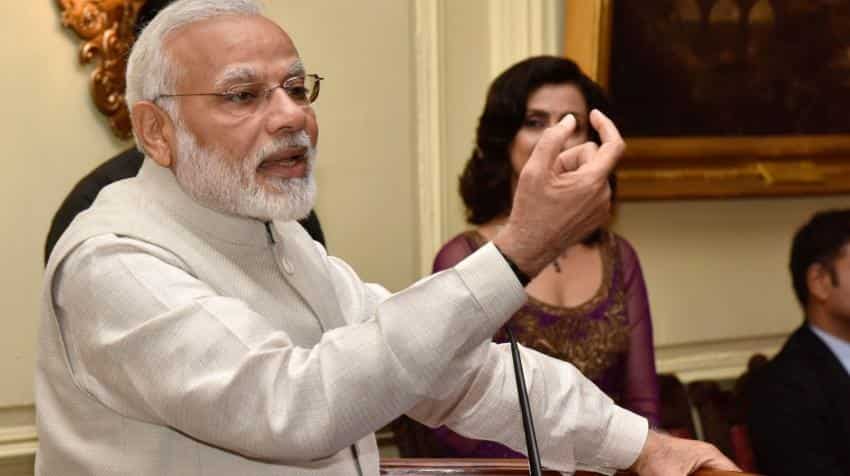 An article published in the July-August issue of the digital journal- After Midnight has also claimed that India is now developing a missile which can target all of China from its bases in South India. Photo of PM Narendra Modi. Image Source: IANS
Written By: PTI
RELATED NEWS

India continues to modernise its atomic arsenal with an eye on China and the country's nuclear strategy which traditionally focused on Pakistan now appears to place increased emphasis on the Communist giant, two top American nuclear experts have said.

An article published in the July-August issue of the digital journal- After Midnight has also claimed that India is now developing a missile which can target all of China from its bases in South India.

India is estimated to have produced enough plutonium for 150200 nuclear warheads but has likely produced only 120130, wrote Hans M Kristensen and Robert S Norris in the article- "Indian nuclear forces 2017".

While India has traditionally been focused on deterring Pakistan, its nuclear modernisation indicates that it is putting increased emphasis on its future strategic relationship with China," they wrote.

"That adjustment will result in significantly new capabilities being deployed over the next decade that may influence how India views nuclear weapons' role against Pakistan," they said.

"At least four more systems are in development. The development program is in a dynamic phase, with long-range land- and sea-based missiles emerging for possible deployment within the next decade," it said.

India is estimated to have produced approximately 600 kilograms of weapon-grade plutonium, sufficient for 150200 nuclear warheads; however, not all the material has been converted into nuclear warheads, it said.

Based on available information about its nuclear-capable delivery force structure and strategy, we estimate that India has produced 120130 nuclear warheads, the article said adding that the country will need more warheads to arm the new missiles it is currently developing.

Kristensen and Norris said that the two-stage, solid- fuel, rail-mobile Agni-2, an improvement on the Agni-1, which can deliver a nuclear or conventional warhead more than 2,000 kilometres is probably targeted on western, central, and southern China.

Although the Agni-4 will be capable of striking targets in nearly all of China from northeastern India (including Beijing and Shanghai), India is also developing the longer- range Agni-5, a three-stage, solid-fuel, rail-mobile, near- intercontinental ballistic missile (ICBM) capable of delivering a warhead more than 5,000 kilometres (3,100-plus miles), it said.

"The extra range will allow the Indian military to establish Agni-5 bases in central and southern India, further away from China," the research article said.