India lags in ease of doing business, but tops IT list: Report

India maintained its top place in the Central and Southern Asia region. However, it is noteworthy that while India is the top exporter of IT services, the use and access of information and communication technologies within the country is poor. India ranked 105th on IT access and 110th on IT use. 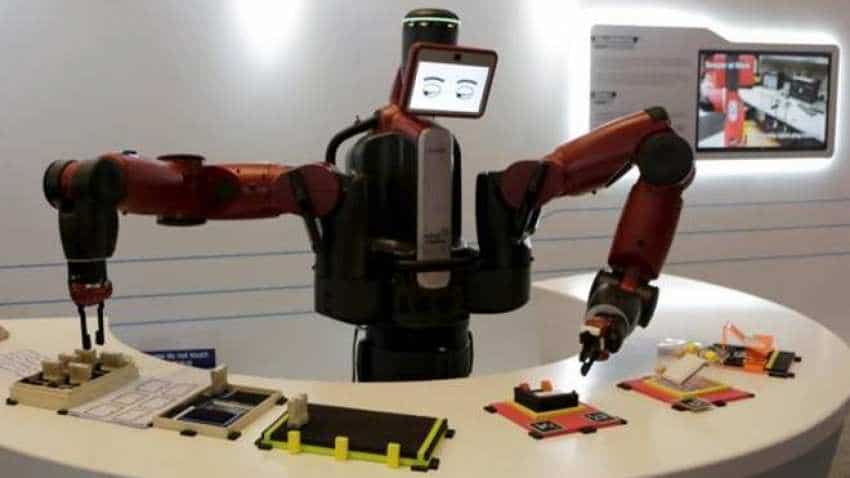 India slightly improved its rank in an index of the world's most innovative economies, maintaining its position as the top exporter of IT services. Image source: Reuters
Written By: PTI
RELATED NEWS

India slightly improved its rank in an index of the world's most innovative economies, maintaining its position as the top exporter of IT services but still lagging in parameters of ease of starting a business, political stability and safety, and female employees with advanced degrees in the workforce. The Global Innovation Index (GII) rankings, published annually by Cornell University, INSEAD and the UN World Intellectual Property Organisation (WIPO) and GII Knowledge Partners, ranked India at the 57th spot this year, a slight improvement from the 60th position in 2017.

India maintained its top place in the Central and Southern Asia region. However, it is noteworthy that while India is the top exporter of IT services, the use and access of information and communication technologies within the country is poor. India ranked 105th on IT access and 110th on IT use.

Among lower middle-income economies, India moved up to the fifth position in the GII rankings. It has also outperformed on innovation relative to its GDP per capita for eight years in a row. India ranks well on a number of important indicators - productivity growth and exports of information and communication technology and services.

"Given its size and innovation development, India has the potential to make a true difference to the global innovation landscape in the years to come," said Chandrajit Banerjee, Director General, Confederation of Indian Industry, another GII Knowledge Partner.

Now in its 11th edition, the GII ranks 126 economies based on 80 indicators, ranging from intellectual property filing rates to mobile-application creation, education spending and scientific and technical publications.

India performed well on a number of parameters but showed "weakness" in some categories. The country was the top exporter of IT services for the second consecutive year.

The other areas of strength for India include the number of its science and engineering graduates, an area in which it ranked sixth overall. It ranked fourth on ease of protecting minority investors, 16th on trade, competition and market scale and within this section, third on domestic market scale measured in purchasing power parity, 18th on the global R&D companies indicator, 20th on gross capital formation and 35th overall in investment.

Another indicator where India was among the top five is the growth rate of GDP in purchasing power parity dollars per worker, coming in at the fourth spot. In exports of creative goods, it ranked 17th.

However in some categories India ranked comparatively low, displaying ?weakness?. These include its 110th rank in political stability and safety, regulatory quality (91), applied tariff rate (96) and intensity of local competition (93). On the ecological sustainability indicator, India ranked a low 119. Out of 126 nations, it ranked 123rd on environmental performance.

India also did not fare well in the business environment category, ranking 106 overall and 114th in the sub-category of ease of starting a business and 91st on ease of resolving insolvency. In the education sector, India was lagging considerably, coming in at the 112th rank and performing poorly in areas of expenditure on education as a per cent of GDP (82) and pupil-teacher ratio at the secondary level (101).

China broke into the world's top 20 most-innovative economies as Switzerland retained its number-one spot in the index. Rounding out the GII 2018 top 10 are: the Netherlands, Sweden, the UK, Singapore, the US, Finland, Denmark, Germany and Ireland.

China's number 17 ranking this year represents a "breakthrough" for an economy witnessing rapid transformation guided by government policy prioritising research and development-intensive ingenuity, the report said.
It said, while the US fell back to number six in the GII 2018, it is an innovation powerhouse that has produced many of the world's leading hi-tech firms and life-changing innovations.

"China's rapid rise reflects a strategic direction set from the top leadership to developing world-class capacity in innovation and to moving the structural basis of the economy to more knowledge-intensive industries that rely on innovation to maintain competitive advantage," WIPO Director General Francis Gurry said, adding ?It heralds the arrival of multipolar innovation".

A group of middle and lower-income economies perform significantly better on innovation than their level of development would predict. 20 economies comprise these ?innovation achievers' in 2018, three more than in 2017. Indonesia, Malaysia, Thailand, and Vietnam continue to move up the rankings, steering closer to regional powerhouses like China, Japan, Singapore, and South Korea.

"Over time, a number of emerging economies stand out for being real movers and shakers in the innovation landscape," says Soumitra Dutta, former dean and professor of management at Cornell University. "Aside from China, which is already in the top 25, the middle-income economy closest to this top group is Malaysia. Other interesting cases are India, Iran, Mexico, Thailand and Vietnam which consistently climb in the rankings," he said.

On a new indicator - mobile-app creation - Cyprus, Finland and Lithuania emerged as global leaders in development of mobile apps relative to GDP. India ranked 44th in this category. The theme of the 2018 GII edition is 'Energising the World with Innovation' looking at the need for expanded innovative work in climate-friendly green technology amid rising energy demands worldwide.

Projections indicate that by 2040 the world will require up to 30 per cent more energy than it needs today and conventional approaches to expanding the energy supply are unsustainable in the face of climate change.