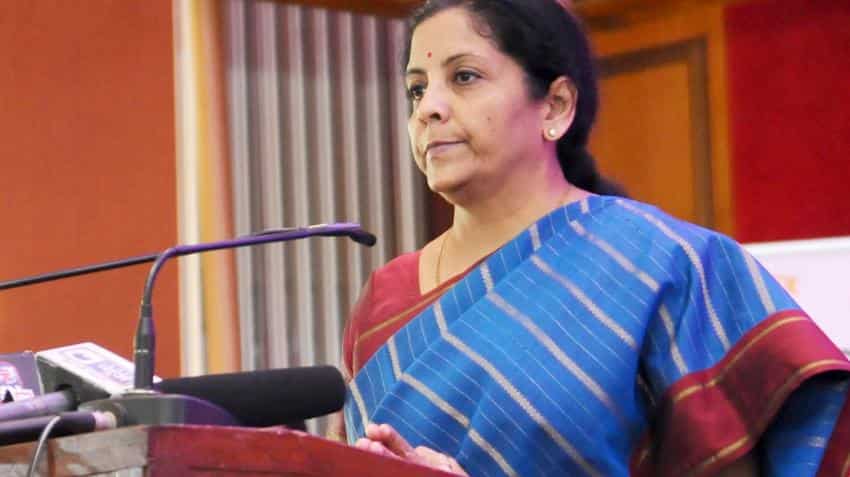 Sitharaman said that Prime Minister Narendra Modi has aimed that India must be in top 50 countries on this Ease of Business ranking and the government will keep working to achieve that goal. Image Source: IANS
RELATED NEWS

World Bank's Ease of Doing Business Index put India at 130th rank this year, up one place from last year. Naturally, the government is not happy.

Commerce Minister Nirmala Sitharaman shared her disappointment over the report and said that she was 'bit disappointed' that efforts of government and states were not captured in the report. She said that the government has taken many decisions that the report has not taken into account. "We do not consider this ranking as negative," she said.

Sitharaman further said that Prime Minister Narendra Modi has aimed that India must be in top 50 countries on this Ease of Business ranking and the government will keep working to achieve that goal.

India has climbed up a notch on the World Bank’s ease of doing business indicator, which ranked the country 130th as compared to 131 from last year.

In the 14th edition report by World Bank, India was said to have reduced regulatory complexity and cost in a number of processes that has contributed to the country’s increased ranking.

1.  Improved process efficiency of getting electricity

The streamlined connection process for new commercial electricity connections allowed consumers to obtain connections for up to 200 kilowatt capacity to low-tension networks.

The report said that the new process eliminated the need to purchase and install a distribution transformer and related connection materials and reduced the time required to conduct external connection works by the utility due to the low-tension connection.

India along with Niger strengthened their institutions by introducing dedicated venues to resolve commercial disputes.

“Specialized courts can reduce the number of cases pending before main first-instance courts, leading to shorter resolution times within the main trial court. Commercial courts and divisions also tend to promote consistency in the application of the law, increasing predictability for court users,” the reports said.

In the area of trade, as of April 2016 the Customs Electronic Commerce Interchange Gateway portal allowed for the electronic filing (e-filing) of integrated customs declarations, bills of entry and shipping bills, reducing the time and cost for export and import documentary compliance, the report added.

5.  Improved process for trade across borders

India along with other countries were reported to have introduced or improved electronic submission and processing of documents for exports and imports.

An Integrated Risk Management System has become fully operational and ensured that all the consignments are selected based on the principles of risk management. Furthermore, the government of India adopted the Companies (Amendment) Act in May 2015.

India owes its improved ranking to the following factors as well; such as encouraging investments in manufacturing sector by the government, complete overhaul of Companies Act, reforms in the labour regulations and changes made in the Hindu Succession Act which improved inheritance rights for women in India and increase in education for girls.

India Inc is yet to act upon the law that requires that publiclylisted companies have at least one director that is a woman.

In May 2016, the government of India enacted the Insolvency and Bankruptcy Code (IBC), which when implemented will overhaul the 60-year-old framework for company liquidation and introduce new insolvency practices.

This year also saw the approval of Goods and Service  Tax (GST) reform by the cabinet in August, which is speculated to come into effect from April 1.

The implementation of the IBC and GST reforms will improve India's ease of doing business ranking further, a report by Live Mint said.