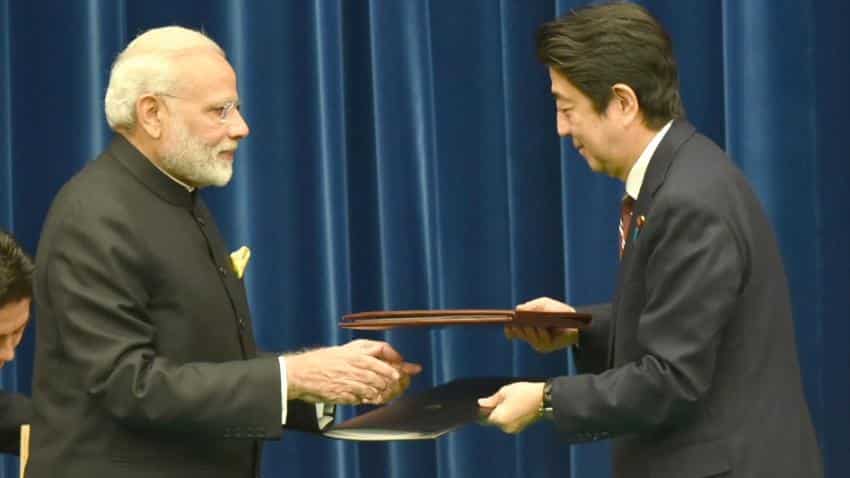 Japan, the only country to have been hit by atom bombs. Photo: IANS
Written By: ZeeBiz WebTeam
RELATED NEWS

India and Japan on Friday signed landmark Civil Nuclear deal during Prime Minister Narendra Modi's visit to the country. The deal was signed by Modi and his Japanese counterpart Shinzo Abe.

"Today's signing of the Agreement for Cooperation in Peaceful Uses of Nuclear Energy marks a historic step in our engagement to build a clean energy partnership", Modi said.

"We both recognize that the future of our partnership is rich and robust. There is no limit to the scope and scale of what we can do together, for ourselves and for the region.

"And, a key reason for this is your strong and dynamic leadership. It is indeed a privilege to be your partner and friend. I wish to thank you for the most valuable outcomes of this Summit, and for your generous welcome and hospitality", Modi added.

The two countries had sealed a broad agreement during Abe's visit here last December but the final deal was yet to be signed as certain technical and legal issues were to be thrashed out.

Negotiations for the nuclear deal between the two countries have been going on for a number of years but the progress on these was halted because of political resistance in Japan after the 2011 disaster at the Fukushima Nuclear Power Plant.

Japan, the only country to have been hit by atom bombs, has immense sensitivity on the issue and a nuclear deal with India will be significant since it is not a signatory to the Nuclear Non-Proliferation Treaty (NPT).