Ficci in its latest survey has said that Indian industry is positive on expanding its trade and investment business opportunities with Indian Ocean Rim Association (IORA). 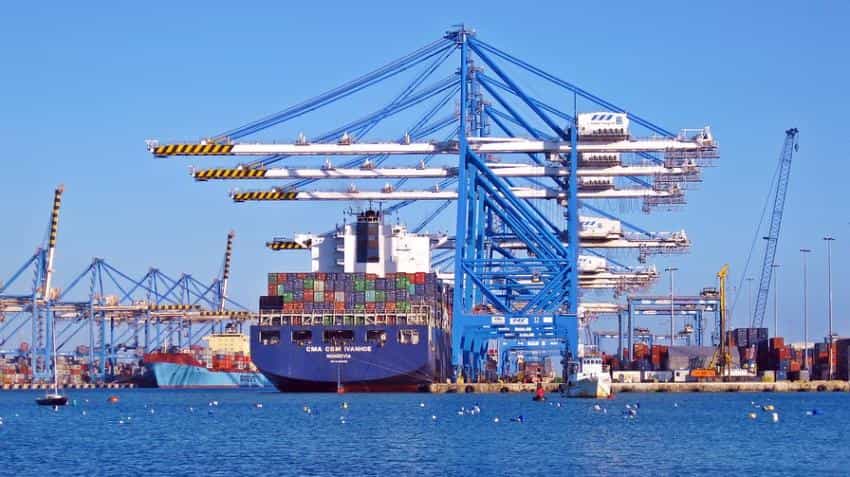 According to the findings, the United Arab Emirates (41%), Bangladesh (41%) and Srilanka (36%) were the most preferred trading destinations among respondents in the Indian Ocean Rim (IOR) region. Representational Image. Image Source: Pixabay
Written By: Tejal Yerunkar
RELATED NEWS

Ola partners with Skill India initiative; to train 50-lakh drivers in next 5 years

Federation of Indian Chambers of Commerce and Industry (Ficci) conducted a survey titled' 'Industry Perception Survey: Doing Business With Indian Ocean Neighbours'  to take a stock of the current sentiment within the Indian industry on the economic potential of India’s engagement with the Indian Ocean region.

The companies from sectors like fisheries and aquaculture, renewable ocean energy, seaports and shipping, offshore hydrocarbons and seabed minerals, manufacturing, construction, gas and water supply, among others participated in the survey.

According to the findings, the United Arab Emirates (41%), Bangladesh (41%) and Srilanka (36%) were the most preferred trading destinations among respondents in the Indian Ocean Rim (IOR) region.

"Over 65% of the respondents trade in the Indian Ocean Rim (IOR) region with their most preferred trading destinations being United Arab Emirates (UAE) and Bangladesh followed by Sri Lanka reinforcing South Asia’s growing prominence among favoured trade destinations,"cited the Ficci survey.

About 21% of the participants have rated manufacturing as the most preferred sector for trade followed by construction (15%), shipping, port and maritime logistics (15%) and renewable energy (13%), the survey said. 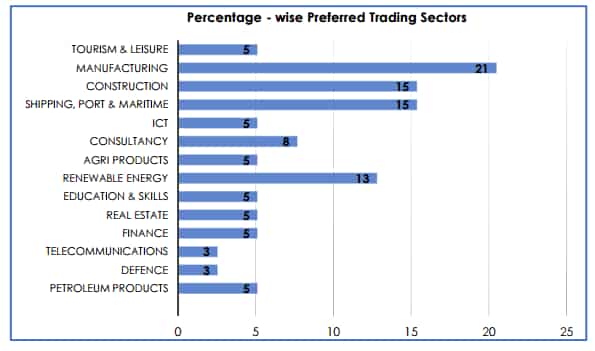 In terms of factors essential for boosting the Indian Ocean Rim (IOR) business, majority of participants have rated better trade facilitation and appropriate dissemination channels as the most important measures.

"Within trade facilitation, reducing technical barriers to trade was the most important requirement followed by harmonisation of standards and agreement on sanitary and phytosanitary measures," the survey said.

Moreover, Business To Business (B2B) meetings were considered the most suitable means of information dissemination among the industry players. Trade financing was also rated as an important measure for business expansion in Indian Ocean Rim (IOR) region, it added. 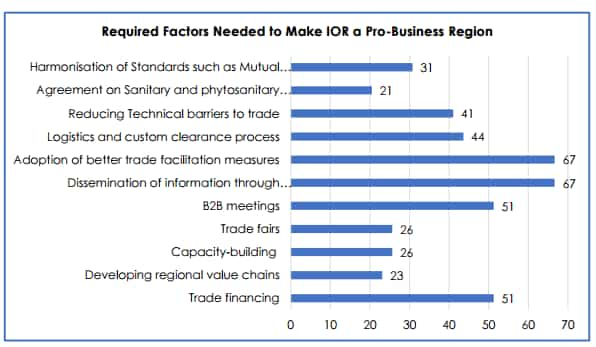 On the initiatives taken by the Government of India, 46% respondents believe that the country's 'Make in India' initiative would be most relevant for the Indian Ocean Rim (IOR) region followed by the Skill India initiative (around 36%). 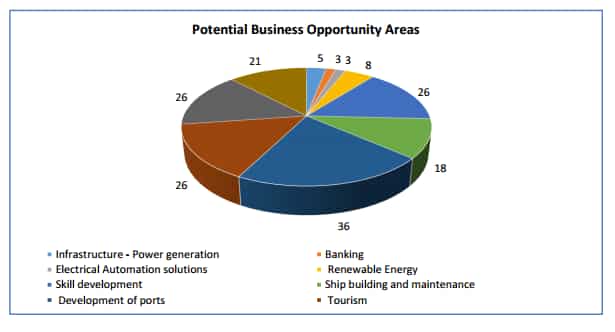 Moreover, the participants also felt that India should maintain a preferred nation status with the Indian Ocean Rim (IOR) countries for easier flow of trade and investments.

When asked about obstacles hindering the growth of small and medium-sized enterprises (SMEs) in Indian Ocean Rim (IOR) region, they said lack of access to financial resources was considered the largest hindrance for the smooth functioning and growth of SMEs in the IOR region.

They also rated market access problems and lack of skilled labour and knowledge exchange among the SMEs as hurdles.

On the concept of Blue Economy and sustainability, over 55% of the respondents declared that their respective companies were taking appropriate measures to align their business activities with the ideas of sustainability, the popular among them being compliance to sustainable standards and certification followed by innovation and technological developments and adoption of zero waste policy. 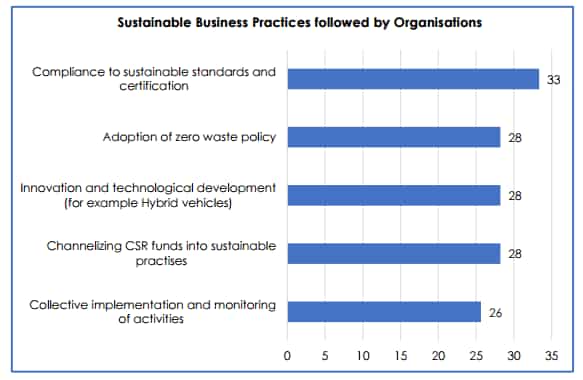 Ola partners with Skill India initiative; to train 50-lakh drivers in next 5 years