Businesses in India have been demanding the Reserve Bank of India (RBI) to decrease interest rates to spur spending which in turn is expected to increase growth. 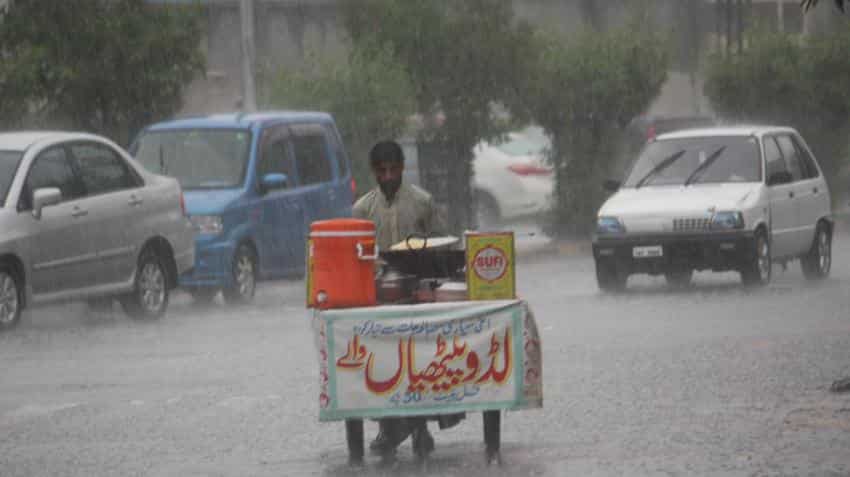 More-than-expected retail inflation (5.4%) has made India Inc look towards the sky with a desperate hope.

Industry experts and analysts believe that a good monsoon is now a major factor in reviving growth in India, increasing manufacturing activity and containing inflation. Shubhada Rao, Chief Economist, Yes Bank, said, “The critical game-changer would be a monsoon. If it’s delayed or there is a further downward revision, then it spells bad news for the scope of a rate cut."

Businesses in India have been demanding the Reserve Bank of India (RBI) to decrease interest rates to spur spending which in turn is expected to increase growth.

Sanjeev Bhasin, VP-Markets, India Infoline, said, “In the short term, I don't think inflation will have much bearing. “We expect RBI holding rates by June till monsoon effect gets exaggerated.”

Samir Tripathi and Nihari Tripathi of ICICI Bank Global Research, in a report dated May 12, said that they believed the window for further easing remains open in this fiscal. “In this regard the outlook for monsoon becomes crucial,” the two wrote.

With the India Meteorological Department's (IMD) prediction of above average monsoon, growth in white good sales and commercial vehicle during April 2016 industrial production should get a boost ahead, Spa Capital Services noted.

The consumer price index (CPI) also known as retail inflation, which the RBI considers while reviewing its monetary policy, was up 5.39% in April this year as compared to 4.87% in the same period of the previous fiscal, the CSO data showed. The retail inflation in March 2016 stood at 4.83%, the lowest in six months.

The central bank considers CPI rate when it reviews the interest rates for the economy. The Reserve Bank is likely to hold its next monetary policy review meet on June 7.

RBI is less likely to go in for further interest rate cuts in its upcoming monetary policy given the lower IIP, higher CPI data and a lack of clarity on the monsoon, economists said.

Tripathi duo said, “Consequently, our analysis attaches a lower probability to a June rate cut as RBI is likely to stay in a wait and watch mode till further data on monsoon is received."

(With Reuters and PTI Inputs)