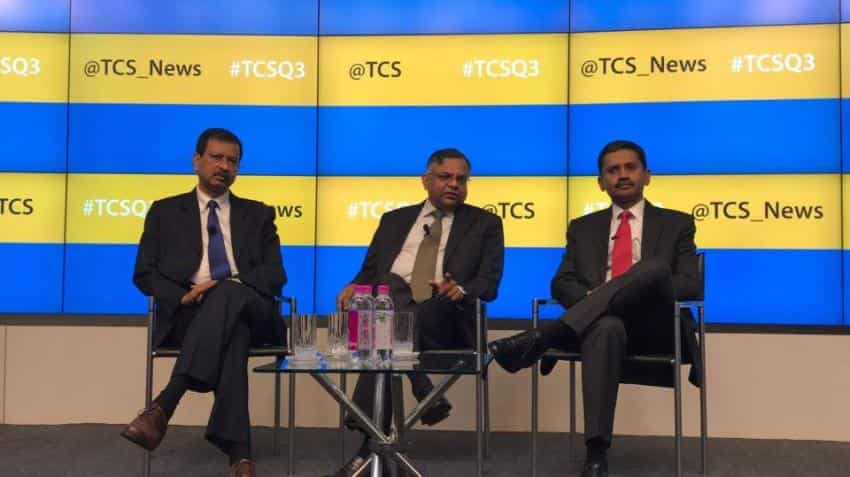 As Tata Sons named TCS boss N Chandrasekaran as its new chairman ending months of speculation, industry leaders, and Twitterati gave their thumbs up, expressing optimism on the future of the country's largest conglomerate.

"We heartily welcome the appointment of Chandrasekaran as the chairman of Tata Sons. We are sure that this will enable the Tata Group to continue in its endeavour in retaining their premiere position in the country," SBI chairman Arundhati Bhattacharya said in a statement.

Within minutes of the announcement N Chandrasekaran, and #TataSons was trending among the top three topics of discussion on the social media platform.

Chanda Kochhar of ICICI Bank said, "I congratulate Chandra on his appointment as the chairman of Tata Sons. He has led TCS to become a global technology major. His global experience, deep business acumen and long association with the Tata Group will prove invaluable in his new role."

"I have interacted closely with him over the years, including in government-industry forums. He is always warm, engaging and insightful. I wish him all the very best," she added.

"Congratulations,Chandra. You are now custodian of an Indian Icon. You have broad enough shoulders to assume that responsibility," Anand Mahindra of the Mahindra Group said.

Congratulations, https://t.co/CkXbyB9dST are now custodian of an Indian Icon. You have broad enough shoulders to assume that responsibility! https://t.co/6nOMwn96Ph

TCS acting chairman Ishaat Hussain, who is also a Tata old-timer, expressed his support for the move, tweeting, "He is absolutely the perfect choice, a great leader."

Shikha Sharma of Axis Bank said "Chandrasekaran is a truly deserving choice for the job as he understands the ethos of the Tata Group. Over the years, under his leadership TCS has emerged as a bellwether for the industry and a global force to reckon with. I am confident that under his able leadership, he would take Tata Sons to newer heights."