India on Wednesday raised the government-mandated price for summer-sown crops such as rice and cotton by the most since Prime Minister Narendra Modi came to power in 2014, as he looks to woo millions of poor farmers ahead of a general election next year. 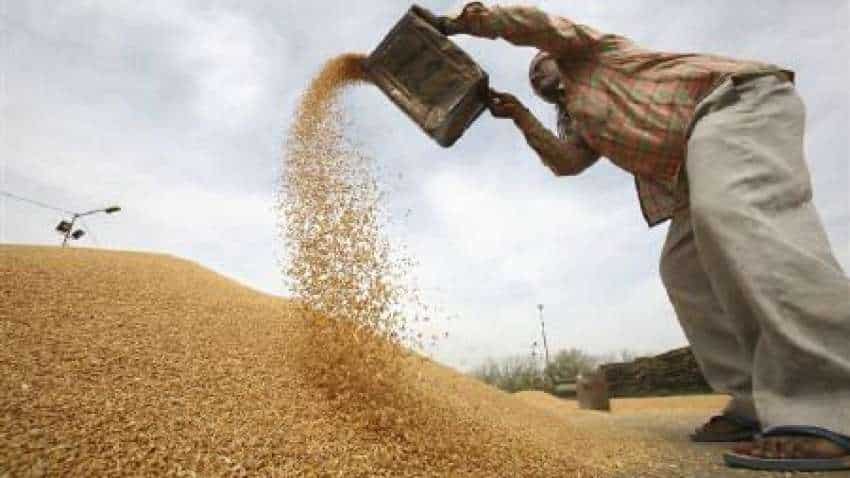 India on Wednesday raised the government-mandated price for summer-sown crops such as rice and cotton. Image source: Reuters
Written By: PTI

India on Wednesday raised the government-mandated price for summer-sown crops such as rice and cotton by the most since Prime Minister Narendra Modi came to power in 2014, as he looks to woo millions of poor farmers ahead of a general election next year. The country announces support prices for more than a dozen crops each year to set a benchmark. But analysts say the median hike this year was 25 percent compared with 3-4 percent in the last three years, which could hit government finances and stoke inflation.

"The government is committed to realising the vision of doubling farmers` income by 2022, towards which it is working on a comprehensive strategy," Radha Mohan Singh, the minister for agriculture and farmers` welfare, said in a statement after a meeting of Modi`s cabinet.

Rural India voted overwhelmingly for Modi`s Bharatiya Janata Party four years ago to hand him the biggest mandate in 30 years. But a crash in commodity prices has meant his immense popularity in the countryside has waned over the past few months.

The government, however, said on Wednesday the latest hike in the so-called minimum support prices (MSPs) would help farmers increase their income and boost the economy.

The total cost to the government would be 150 billion rupees ($2.18 billion), Home Minister Rajnath Singh, himself a farmer, told reporters, adding that it would be wrong to say inflation would increase due to the hike.

Though the government announces MSPs for most crops, state agencies buy only rice and wheat at those prices given a lack of financial resources, limiting the benefit of higher crop prices to only 7 percent of the country`s farmers.

"Should the government rely on large-scale procurement of crops to implement these prices, then the fiscal cost could be around 0.3 percent of GDP (gross domestic product), which will likely be shared by the central and state governments," said A. Prasanna, chief economist at ICICI Securities Primary Dealership in Mumbai.

The government said prices paid to local farmers for common grade paddy rice will be raised by 13 percent from a year ago to 1,750 rupees ($25.50) per 100 kg for the year starting on July 1. Last year, the government raised the rice price by 5.4 percent.

"The impact from these MSP hikes will be 35 basis points to headline inflation in the current fiscal year, and another 35 bps in the next," said Shubhada Rao, chief economist at Yes Bank.

Analysts and economists have warned the move could prompt India`s central bank to raise interest rates more steeply than expected.