India has over 43 lakh child labourers, less than 5% rescued over past three years 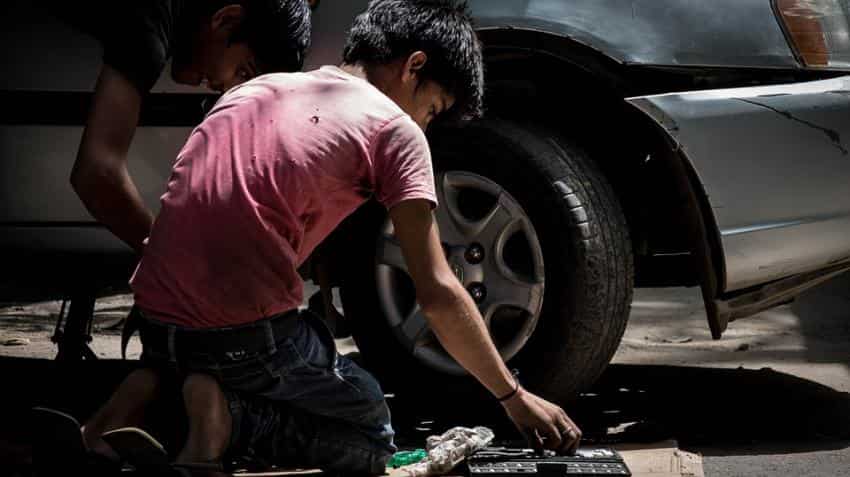 Highest number of these child labourers was noticed in the state of Uttar Pradesh with a total of 896,301. Photo: Pixabay
RELATED NEWS

India employs 43,53,247 or 43.53 lakh children in the age group 5-14 years, the Ministry of Labour revealed in reply to Rajya Sabha questions on Wednesday.

The number was reported according to the 2011 census of children employed in Micro, Small and Medium Enterprises (MSME).

The highest number of these child labourers was noticed in the state of Uttar Pradesh with a total of 896,301 children employed up until that period.

Maharashtra and Bihar coming in second and third positions with 496,916 and 451,590 child labourers respectively.

The Union Territory - Lakshadweep was reported to have the least amount of child labourers amounting to 28 children.

However, the department revealed that the total number children rescued rehabilitated and mainstreamed under National Child Labour Project (NCLP) were only 2,35,342 from 2013 to 2016.

This number is less than five per cent of those employed.

These numbers, however, do not include the children involved in beggary in India.

In a report by Public Administration dated September 26, 2015, approximately 600,000 kids in India are subject to begging for a living.

The Child and Adolescent Labour (Prohibition and Regulation) Act of 1986 prohibits the employment of children below the age of 14 years in hazardous occupations identified in a list by the law.

According to the UN, in a report about ‘World against child labour,’ there were 317 million child labourers in the world by 2004 estimates.

A report by CNN on child labour index, stated that countries with high poverty rates fare badly in the index due to the need for children to supplement their family income.