Germany said on Friday it will hold talks with India on October 6 on how to resume passenger flight operations between the two countries. 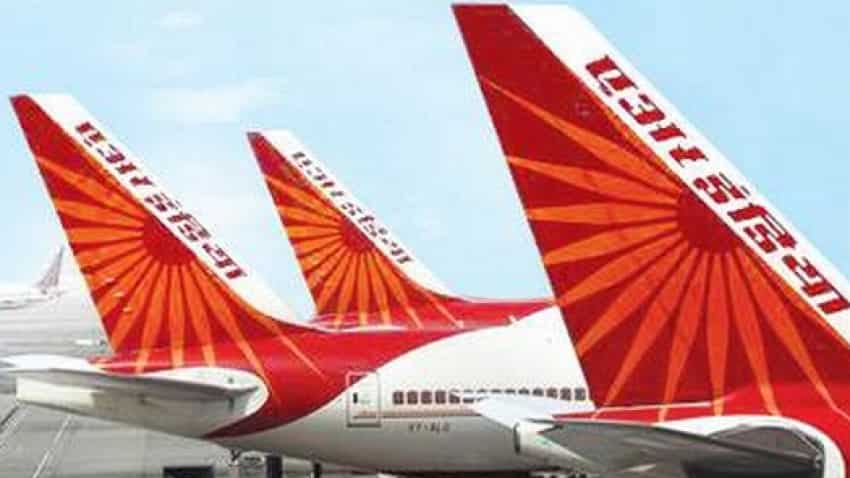 Air India on Thursday cancelled all 12 flights between Frankfurt and India till October 14 because Germany withdrew its permission to operate them. Photo: PTI
Written By: PTI
RELATED NEWS

Germany said on Friday it will hold talks with India on October 6 on how to resume passenger flight operations between the two countries.

"We have received signals that India is also interested in a quick and satisfactory solution for both sides," the German Ministry of Transport and Digital Infrastructure (BMVI) told.

On Tuesday, Lufthansa had announced cancellation of all "planned flights" between India and Germany from September 30 to October 20 because of an "unexpected rejection" of its flight schedule by the Indian authorities.

Air India on Thursday cancelled all 12 flights between Frankfurt and India till October 14 because Germany withdrew its permission to operate them.

In response to queries sent by the PTI, the BMVI stated it and the Indian Ministry of Civil Aviation are "confirmed to hold bilateral talks on October 6 through video conference".

"The aim is to find a solution on how to restore civil air transport between Germany and India in the spirit of the existing air transport agreement between our two countries," it added.

In response to question on what is the way forward to resolve the situation, the BMVI said it "does not want to anticipate the bilateral talks".

"In the light of our long history of good aviation relations, we are convinced that we can reach a mutually beneficial solution. We have received signals that India is also interested in a quick and satisfactory solution for both sides," it added.

Scheduled international passenger flights have been suspended in India since March 23 due to the coronavirus lockdown. However, special flights have been permitted under "air bubble" arrangements India has formed with 16 countries, including Germany.

Few hours after Lufthansa's announcement on Tuesday on the cancellation of flights, Indian aviation regulator DGCA had said there are restrictions in place for Indian nationals desiring to travel to Germany which was putting Indian carriers at a significant disadvantage resulting in inequitable distribution of traffic in favour of Lufthansa.

"As against Indian carriers operating 3-4 flights a week, Lufthansa operated 20 flights a week. In spite of this disparity, we offered to clear 7 flights a week for Lufthansa which was not accepted by them. Negotiations continue," the Directorate General of Civil Aviation (DGCA) noted.

Asked to comment on DGCA's observation about "inequitable distribution of traffic", the BMVI said on Friday that the German authorities, like Indian authorities, have adopted special entry requirements due to the coronavirus pandemic and they are applicable regardless of which airline is carrying passengers into Germany.

"German airlines and their passengers must also comply with the regulations. Even in the crisis situation, the German authorities have in principle not restricted the frequencies approved for the 2020 summer flight schedule," the BMVI added.

Lufthansa said on Tuesday it had applied for continuation of the special flights it was allowed to operate until the end of September but would now have to cancel them because of the "unexpected rejection".

The German carrier said it "sincerely urges" Indian authorities to work together with the German government to establish a temporary travel agreement between both countries.

When will Covid-19 vaccine in India be available? SBI chief says reason to believe effective vaccine for public to be available by April