"The G4 Ministers underscored their unwavering commitment to a comprehensive reform of the Security Council which needs to take into account the geopolitical realities of the 21st century," a joint statement issued following the meeting on Friday said. 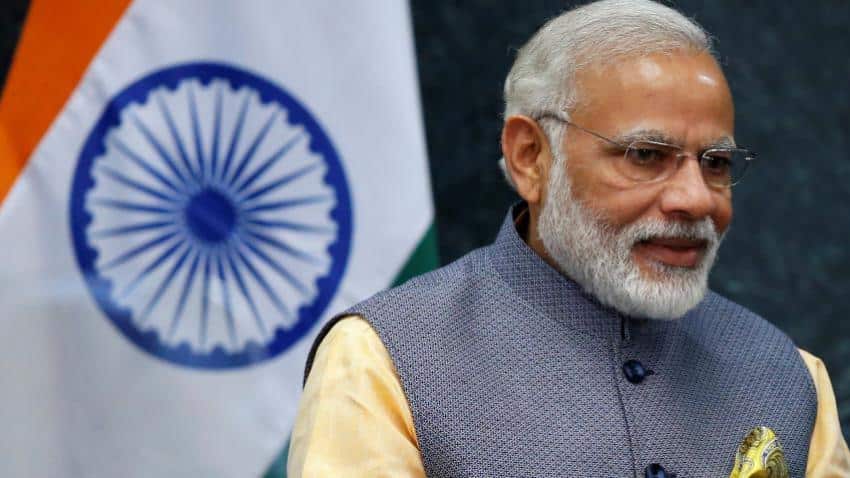 The G4 nations, including India, at a meeting on the sidelines of the 71st Session of the UN General Assembly, have reaffirmed "unwavering commitment" to reforms in the UN Security Council (UNSC) reflecting the realities of the 21st century.

"The G4 Ministers underscored their unwavering commitment to a comprehensive reform of the Security Council which needs to take into account the geopolitical realities of the 21st century," a joint statement issued following the meeting on Friday said.

"More than 70 years after the founding of the UN, the Security Council also has to adapt in order to cope with the ever growing global challenges," the statement said.

"With a view to the manifold conflicts and humanitarian crises, a more representative, legitimate and effective Council is needed more than ever to guarantee peace and security worldwide."

The G4 nations -- India, Japan, Germany and Brazil -- are seeking permanent membership in the UNSC.

According to the statement, the ministers welcomed meetings of the Group of Friends on Security Council Reform, which brought together high-level representatives of member states from diverse regions aiming at pushing forward Security Council reforms.

"In this regard, they called upon all reform-oriented member states to join efforts and finally bring about meaningful reform," it said.

"The ministers expressed their support for equitable regional representation, underscoring the imperative for Africa`s representation in both the permanent and non-permanent membership as well as adequate and continuing representation of small and medium sized member states, including the Small Island Developing States, in a reformed Security Council."

The four countries, according to the statement, reiterated their resolve to continue contributing to the fulfilment of the purposes and principles of the UN Charter and emphasised that they were "legitimate candidates for permanent membership and supported each other`s aspirations".

All the four nations thanked the President of the 70th General Assembly, Mogens Lykketoft of Denmark, for his efforts on UNSC in the inter-governmental negotiations (IGN).

"They also welcomed the expressions of flexibility made by numerous delegations during the past IGN session which resulted in the identification of areas of convergence in member states` positions on all issues related to the five clusters as identified by GA (General Assembly) Resolution 62/557 Security Council reform," the statement said.

The four nations, however, concluded that substantial progress was still limited and that efforts needed to be intensified to build further momentum and to arrive at real text-based negotiations.

"They pledged to continue to work towards a comprehensive Security Council reform in the framework of the IGN", the statement said.

"They expressed their full support to the President of the 71st UN General Assembly, trusting that he will support swift and substantive progress towards a meaningful reform of the Security Council," it stated.

"The ministers also briefly exchanged views on UN reforms to render the UN fit for the 21st century and discussed their expectations for the next Secretary General of the United Nations in this regard," it concluded.