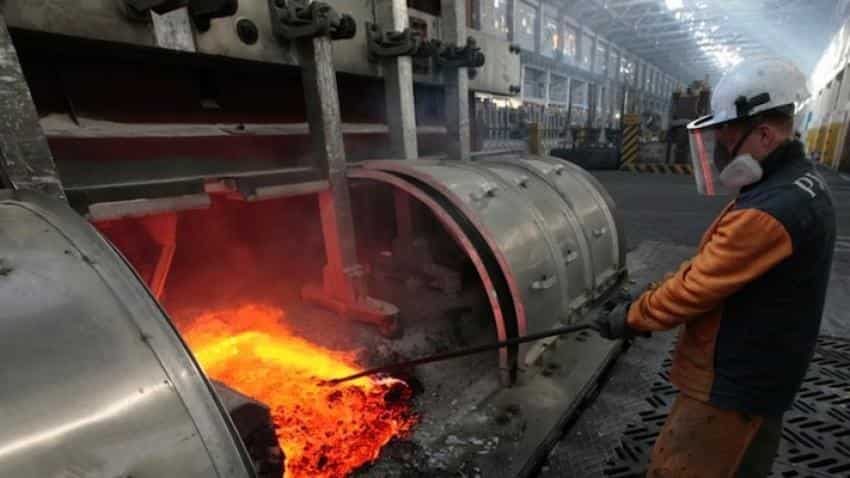 Output growth eased last month to a three-month low and could wobble in the months ahead on GST woes. Image source: Image source:
Written By: Reuters

Indian factory growth cooled to a three-month low in January as weaker domestic demand dragged on output despite firms keeping price increases to a minimum, a business survey showed on Thursday.

While the latest reading undershot the 54.5 expected in a Reuters poll of economists, the index has now stayed above the 50 mark that separates growth from contraction for a sixth month.

"Nevertheless, these key PMI indicators registered in expansion territory signalling the sector stayed on its track to recovery."

The new orders sub-index, a proxy for domestic demand, slumped to 53.0 from December`s 56.8, which in turn pushed firms to slow the pace of hiring to a three month low.

That suggests the economy is still struggling to recover from a weaker demand trend seen since the ban of high-value currency notes in November 2016 and the chaotic roll out of a goods and services tax (GST) last year.

And output growth eased last month to a three-month low and could wobble in the months ahead on GST woes.

Asia`s third largest economy is expected to grow 6.6 percent this fiscal year ending March, which would be its weakest in four years, a Reuters poll found last month. [ECILT/IN]

But strong global growth is tipped to keep foreign demand intact, a factor duly reflected in the PMI survey which showed new export orders rose at their fastest pace in almost 1-1/2 years.

While firms continued to absorb the increase in cost pressures, they did pass on some of that to consumers in January, suggesting a recent trend of inflation above the Reserve Bank of India`s (RBI) medium-term target of 4 percent could be here to stay.

The RBI is scheduled to meet for the first time in 2018 on February 6-7, which will come after Finance Minister Arun Jaitley presents his annual budget due later on Thursday.