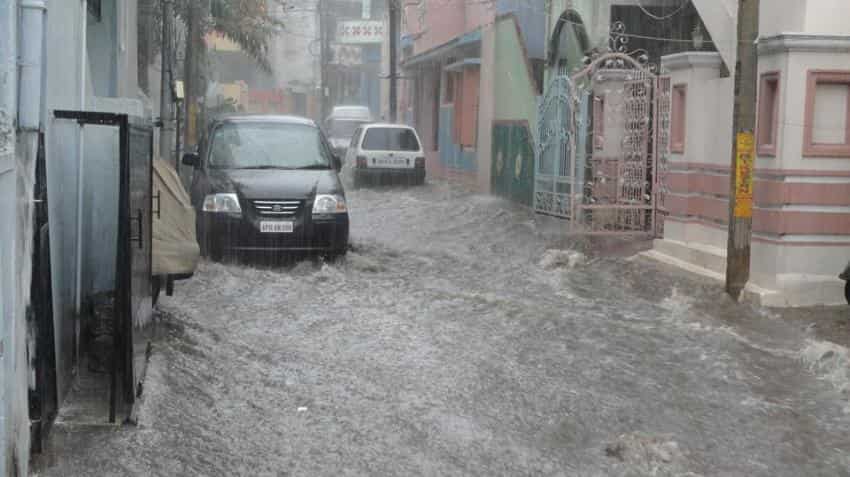 The IMD on April 18 forecast this year`s monsoon rains at 96 percent of the 50-year average of 89 cm. Photo: Pixabay
Written By: Reuters
RELATED NEWS

India looks likely to receive higher monsoon rainfall than previously forecast as concern over the El Nino weather condition has eased, the chief of the India Meteorological Department (IMD) said on Tuesday, raising prospects of higher farm and economic growth.

The IMD on April 18 forecast this year`s monsoon rains at 96 percent of the 50-year average of 89 cm.

"Things have changed for the good since then," K.J. Ramesh, director general of the IMD, told Reuters in an interview.

The monsoon delivers about 70 percent of India`s annual rainfall, critical for growing crops such as rice, cane, corn, cotton and soybeans because nearly half of the country`s farmland lacks irrigation.

"We assessed 96 percent based on the climatological conditions up to March. Now, conditions are becoming favourable for an improvement over our April 18 estimate," Ramesh said.

Australia`s Bureau of Meteorology recently said there were signs of concerns easing over El Nino.

El Niño, a warming of ocean surface temperatures in the eastern and central Pacific that typically occurs every few years and was linked to crop damage, fires and flash floods, faded in 2016.

The establishment phase of the monsoon north of the equator has already started, and the Indian Ocean Dipole phenomenon - which counters the impact of an El Nino - will have an incremental positive effect on the Indian monsoon, Ramesh said.

Pre-monsoon showers have already hit certain dry areas in the southern part of the country, he said, bringing much needed relief to farmers ahead of the start of the four-month monsoon season beginning June.

India defines average, or normal, rainfall as between 96 percent and 104 percent of the 50-year average.

Jettisoning a statistical method introduced under British colonial rule in the 1920s, the India Meteorology Department has for the first time relied on the so-called dynamic model to improve the accuracy of one of the world`s most vital weather forecasts.

The new system, based on a U.S. model tweaked for India, requires large computing power to generate three-dimensional models to help predict how the monsoon is likely to develop.

This would be a major boon for a country already either the world`s biggest or second-biggest producer and consumer of rice, wheat, sugar and cotton.

Higher farm output will raise the income of some 600 million people, who depend on farming for their livelihood, and boost demand for an array of goods and services.