India plans to increase 2021/22 fertiliser subsidies to a record of more than 1.55 trillion rupees ($20.64 billion) to avoid shortages amid a sharp increase in global prices of the chemicals, sources familiar with the matter said. 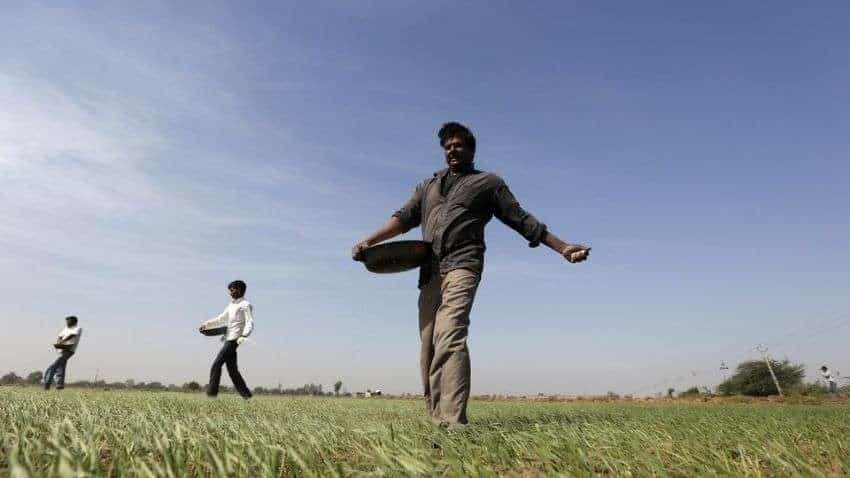 India plans to increase 2021/22 fertiliser subsidies to a record of more than 1.55 trillion rupees ($20.64 billion) to avoid shortages amid a sharp increase in global prices of the chemicals, sources familiar with the matter said.

The figure is almost double the amount budgeted for fertiliser subsidies in the budget for this fiscal year ending on March 31.

India, the top importer of urea, is a major buyer of diammonium phosphate (DAP) needed to feed its huge agriculture sector which employs about 60% of the country`s workforce and accounts for 15% of $2.7 trillion economy.

The government provides financial support to companies such as National Fertilizer Ltd, Madras Fertiliser Ltd, Rashtriya Chemical & Fertilisers Ltd, Chamabal Fertilsers & Chemicals Ltd that sell fertilisers at below-market rates. Global fertiliser prices have surged roughly 200% over the past year after record rises in the price of the two main energy sources - coal and natural gas - used to produce the crop nutrients and new export restrictions on fertilizers by China https://www.reuters.com/business/energy/what-does-chinas-power-policy-sh... and Russia https://www.reuters.com/article/russia-fertilizers/update-2-russia-will-....

In this fiscal year, New Delhi has already raised fertiliser subsidies twice pushing up the 835.48-billion-rupee budgeted support by 434.30 billion rupees.
"This year is going to be one of the highest subsidy payout because prices in international markets have gone up due to various reasons including restriction by China on DAP exports," said one of the officials.

India imports an average 60% of the 10-12 million tonnes of its annual DAP consumption. "Of this 40% comes from China," a second source said. He said some DAP parcels from China have been delayed due to exports restriction. To avoid shortages, the government has also decided to further enhance compensation to the firms importing DAP after restriction by China. "We have asked some of the NPK (nitrogen, phosphate and potassium) manufacturers to switch to production of DAP," this source said, adding the fertiliser ministry has augmented supplies to the districts with low stocks on a priority basis. "Earlier we were using 15 trains for supplies of fertiliser in the country but since October we have doubled the number of trains for supplies," this source said. However, farmers in India have complained about difficulties in getting DPA. Demand for fertiliser rises during October and November, a peak season for plantation of winter sown crops like wheat. "We had difficulty in buying DAP this time and prices are also high," said Ravindra Kajal, a wheat grower from northern state of Haryana.

The finance ministry did not respond to Reuters email seeking comment and the fertiliser ministry spokesperson did not respond to calls. For years, India has capped the price of urea at 5360 rupees ($71.36) per tonne excluding taxes, while in the global markets prices have surged to around $990/tonne, a third source said. India imports about 30% of about 35 million tonnes of average annual consumption of urea.

According to the government data, urea prices surged by an annual 144% in October to $690/tonne, while DAP prices rose by 84.3% on delivered basis to $682/tonne. India does not control prices of DAP but raises the subsidy to keep an indirect check on retail prices. Retail prices of a tonne of DAP in India hover around 25,000 rupees ($332.85), whereas global prices have surged to about $750, the third source said.
($1 = 75.1080 Indian rupees)