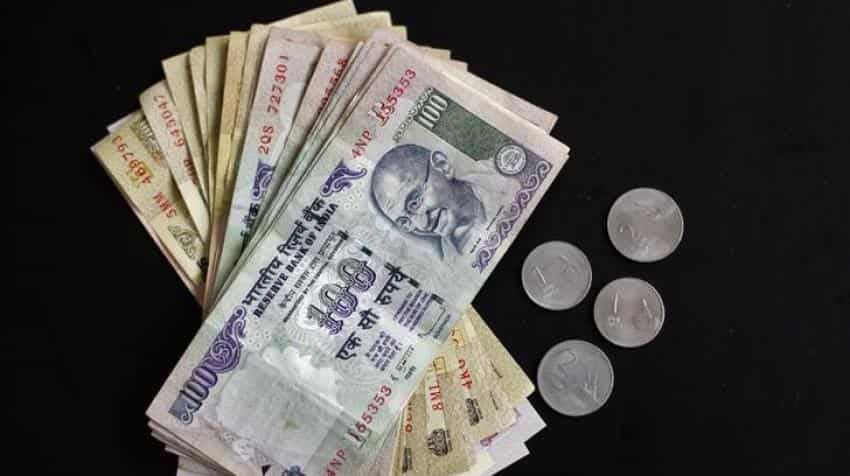 Indian currency of different denominations are seen in this picture illustration taken in Mumbai. Pic: Reuters

India may merge two large state banks in the coming fiscal year once a cleanup of bad assets has run its course, the official overseeing a turnaround of the sector told Reuters, days before a new process to resolve stressed assets goes live.

First, though, the state banks must cleanse their balance sheets.

They accounted for 88 percent of a pile of stressed loans that exceeded $138 billion in June, the legacy of a lending binge under the last government that has hobbled Prime Minister Narendra Modi`s growth agenda.

Vinod Rai, the veteran bureaucrat hired this year to head a new Banks Board Bureau, said a next step could be the merger of "two large Mumbai-based banks" that he declined to identify.

"Once that consolidation has taken place, in the second phase, we will put a weaker, smaller bank into this merged entity," he said in an interview.

Rai declined to go into detail, saying deliberations were preliminary and depended on the success of efforts to restructure the balance sheets of India`s nearly two dozen public sector banks.

Rai, a 68-year-old former auditor general, was hauled out of retirement to strengthen management at state banks that had often succumbed to political pressure to back projects that were not economically viable.

His mandate quickly grew, however, and a proposal to create an advisory committee that could review proposals to take writedowns, or "haircuts", on irrecoverable loans was enshrined in a Reserve Bank of India circular in June.

The Scheme for Sustainable Structuring of Stressed Assets, or S4A for short, survived a leadership transition at the central bank and is backed by its new governor, Urjit Patel, who announced after his first

policy meeting last week that he would tweak its terms to make it more practical for banks.

"I have had detailed discussions with the new governor, who is totally on board," Rai said.

"If bankers find that it is easy to use this channel to get a resolution, they will queue up," said Rai. "It takes the onus of the decision off their backs."

Starting from the 2017/18 fiscal year, minority shareholders in state banks will be encouraged to subscribe to rights issues - offerings of new shares - alongside the state.

Rai said these investments would be attractive because many state banks are valued at a discount to their book value. But this process should only move ahead once non-performing assets, or NPAs, are dealt with. "Recapitalising the banks when they are carrying huge amounts of NPAs on their books makes no sense. It just gets lost into that big black hole."

Non-performing loans grew to 11.3 percent of total loans at public sector banks as of June.

India is fiscally constrained and, although Finance Minister Arun Jaitley has signalled he could inject more capital beyond the 700 billion rupees ($10.5 billion) budgeted over four years to March 2019, that is nowhere near enough.

Rai played down reports the government was again considering a so-called bad bank as a repository for bad loans - an idea opposed by former RBI chief Raghuram Rajan.

India already has 15 so-called asset reconstruction companies, and setting up another one and loading it up with non-performing loans "would be a futile exercise", he said.