The Indian government has signed four agreements with Mauritius whereby it signed line of credit agreement of $500 million which included maritime security, setting up civil services college in Mauritius, among others. 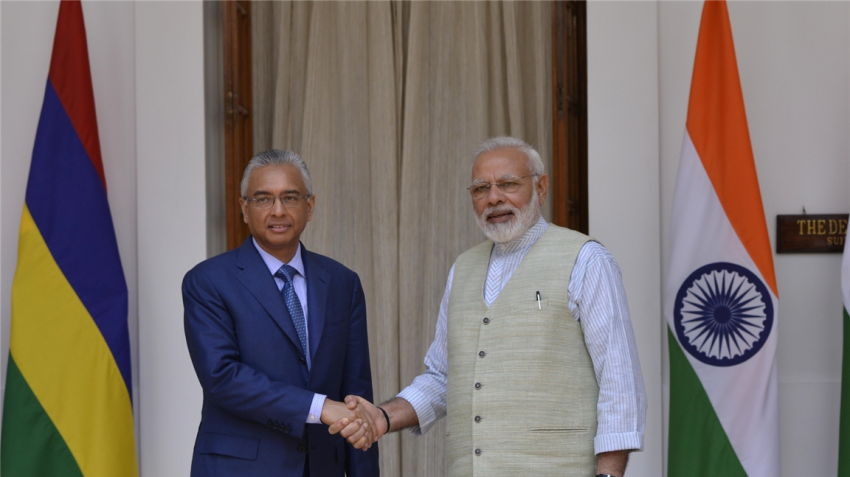 A $500-million line of credit (LoC) from India to Mauritius is among four agreements signed by the two countries following delegation-level talks headed by Prime Minister Narendra Modi and his Mauritian counterpart Pravind Jugnauth in New Delhi on Saturday.

The LOC agreement was signed between SBM Mauritius Infrastructure Development and Export-Import Bank of India.

Another agreement was signed on cooperation on maritime security between the two countries.

A memorandum of understanding (MoU) was signed between the two sides for setting up of a civil services college in Mauritius.

Another MoU was signed between the Council of Scientific and Industrial Research (CSIR) of India and Mauritius Oceanography Institute for research and education in marine sciences and technology.

The ISA, launched at the UN Conference of Parties (CoP) climate summit in Paris on November 30, 2015, by Prime Minister Modi and then French President Francois Hollande, is conceived as a coalition of solar resource-rich countries to address their special energy needs and provide a platform to collaborate on dealing with the identified gaps through a common, agreed approach.

It is open to all 121 prospective member countries falling between the Tropics of Cancer and Capricorn.

Earlier on Saturday, Jugnauth was accorded a ceremonial welcome at the Rashtrapati Bhavan following which External Affairs Minister Sushma Swaraj called on him.

Jugnauth arrived in New Delhi on Friday on a three-day state visit to India. This is Jugnauth`s first visit abroad since assuming office this January.