The lawmakers and experts held discussions about climate change during a webinar organised by UK based think tank Europe Asia Foundation Limited. 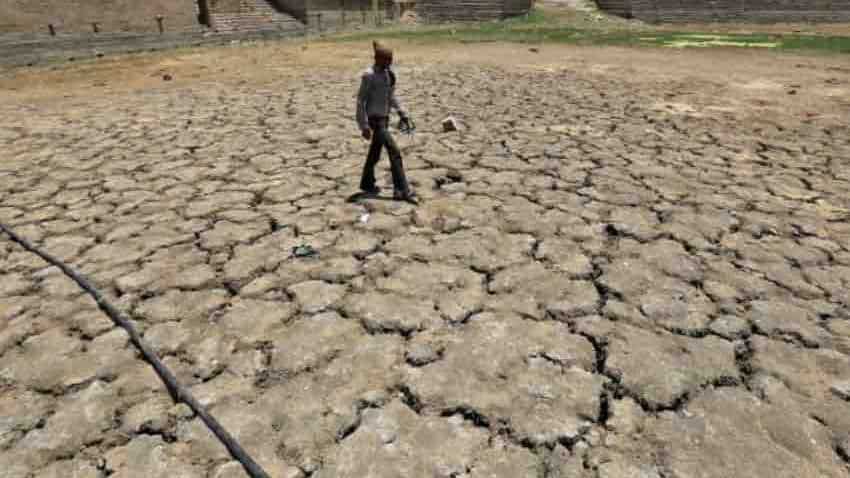 UK-based EAFL is an organisation that provides a platform for profound thinking and acts as a bridge between Europe and Asia.
Edited By: ZeeBiz WebTeam
RELATED NEWS

Marking the fifth anniversary of the Paris Agreement on climate change and the global ‘Climate Action Summit’ on Saturday (December 12), lawmakers and climate change experts from India and the Europe came together on a common platform to discuss the mutual cooperation and brainstorm on avenues for working together to tackle climate change. The lawmakers and experts held discussions during a webinar organised by UK based think tank Europe Asia Foundation Limited (EAFL).

UK-based EAFL is an organisation that provides a platform for profound thinking and acts as a bridge between Europe and Asia. The organisation provides a space for key stakeholders in Asia and Europe to discuss, articulate and and get clarity on issues of mutual interest. It is also aimed at providing  a space for sharing of good practices in both regions and encouraging the replication of successful models and policy solutions through a structured dialogue between stakeholders from both regions.

During the discussion, Akbar talked about the possibilities of cooperation in green energy through International Solar Alliance - an ambitious project of PM Modi. He then argued, “while solar energy on paper is cheaper, however, unless the battery storage problem isn’t sorted out, it can’t be a fully dependable initiative. We are working fast to sort this out. We will have to provide a better life for people. Nations that have used coal extensively and have contributed hugely to the crisis cannot give us sermons and lectures. There is a commitment that has been made. 100 billion dollars is a term that has been mentioned. I don’t know how many of these dollars have reached developing countries. If we have not learned anything from this year, then our future is definitely pessimistic.”

“What is common between COVID-19 and climate change?” “Neither have national boundaries. Economise thousands of miles away, at the opposite end of the globe are as badly hit. Have we learned nothing from it? What is to do with the origin when the Ozone layer (atmosphere with climate change) gets affected at the end? We need the principle of shared science, shared solutions, and shared space. If you think about it on a larger scale, since human life began, humans have been land-centric. Then we started the use of seas. But we are still battling for the parts of seas and we have also not found shared law and regulation on the space. Communication is about space and these things need our critical, shared, and immediate attention. I really do think that India and Europe can take a shared approach. No issues if all the world does not come together. India and Europe are massive and huge powers and can do a lot together”, Akbar added.

The Rajya Sabha MP also put forward his expectations from COP-26 to be held at Glasgow and said, “let me be very practical. What we need is an honest audit. An objective audit! Who has done what? Talk alone is not going to be sufficient. If Glasgow is going to be an Edinburgh summer festival of self-congratulation, we might not fetch much from it. I really feel that although we talk a lot about it, there is a lack of awareness about the problems surrounding us. I would really like to know how many people in Mumbai are actually worried that they are going to be flooded very soon? It must be less than 0.1 per cent! The message must be delivered in a precise, targeted, and powerful language. Experience has suggested that if we did not had fear, we must not had worked to find such solutions. We have hope that the world is for the first time making such efforts to find a solution. I would like to reiterate the word of Elliott: “The world will not end with a bang, but it might be through a whimper.” We need to communicate to people that if the world would end, it might not be due to murder, but due to suicide.”

Member of European Parliament Bas Eickhout said that after coronavirus pandemic the whole world was wondering how it is going to change public perceptions. "As far as the EU is concerned, the first reactions of governments were quite reactive and nationalistic. Especially during the first wave. Then we had a serious discussion that doesn’t we need a serious European response in place of fragmented responses? We also saw that countries which are usually a bit less enthusiastic about European investment programme, also came up to support the idea. A green recovery is central as a part of that investment programme. An efficient formulation, intention, and direction of the European investment programme would help in investing in a more resilient economy, which is ready for the next crisis – that is the climate crisis," he said.

“By only working together we can counter the climate crisis. The Corona has shown that we are all going to be equally affected by it. We all have learned from it. The efforts of pooling of vaccines are some of the most wonderful things that we are seeing. It wasn’t possible a couple of years ago, largely due to the pressure of the pharma companies. What do we need to ensure is that funds reach the place where it is required the most. Are we making sure that it is getting at the places where the actual need is? Where the real needs are? Even at the EU level, we see numerous challenges. We created a transition fund to share the money for regions in real need. We ended up learning that even the most developed countries of the EU wanted a share of the fund and they eventually got it!,” added MEP Eickhout.

About his expectations from the upcoming COP-26 meeting he said, “one of the major objectives of the Paris meeting was to review the progress every five years. However, the Emission Report that has been just now published has reflected that the world is not moving forward to tackle the issue at all. The five-years review should have been there. We now really have to look towards ourselves. Europe needs to have its own house in order. The US will come forward with their new plan back in play. The big question is what the other countries are going to do?”

Indian Ambassador Manjeev Puri highlighted the fact that India and the EU India and the EU have put climate change on their agenda very-very early. He noted that despite corona crisis, New Delhi has been been trying to work towards protecting the environment. Puri also highlighted how India under the leadership of PM Modi has changed by making issues like climate change a mass movement and said that when PM Modi assumed office in 2014, India was placed at the 31st position on ‘Climate Change Performance Index’. Since then, India has kept on improving its performance.

“So how has this happened? The most important thing about his method of governance is the ability to make such issues a massive public movement. Change can only come at the pace required only if a change becomes a mass movement. This is why he made the cleanliness campaign a massive public movement. But how did he turn climate change into a movement? It is a continuous movement, so we cannot claim absolute victory in a day. The challenge is continuous, so are the victories. We made a commitment to 175 Gigawatt of renewable energy by 2022. It’s just not an act of throwing random figures. It is an objective that India is committed to and we are going to achieve it”, he explained.