China and Pakistan are not a member of MTCR, India can now restrict their entries if they apply for membership. 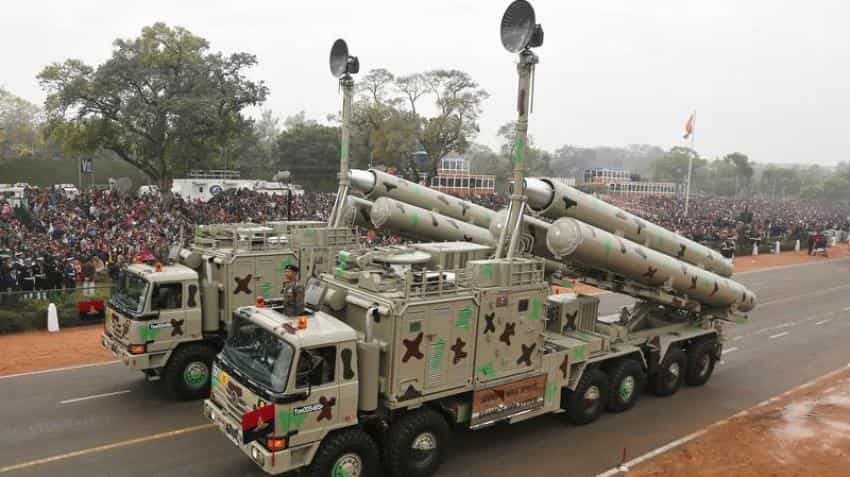 China, which stonewalled India's entry into theNSG at the concluded Seoul plenary, is not a member of MTCR. Photo: Reuters
RELATED NEWS

The release on MEA official website, said that India's entry into the regime as its 35th member will be mutually beneficial in the furtherance of international non-proliferation objectives.

"India would like to thank each of the thirty-four MTCR Partners for their support for India’s membership. We would also like to thank Ambassador Piet de Klerk of The Netherlands and Mr. Robert Steinmetz of Luxembourg, co-Chairs of the MTCR, for facilitating India’s accession to the regime", MEA said.

Though no consensus was made as India has not signed the Non-Proliferation Treaty (NPT).

China, which stonewalled India's entry into the 48-nation NSG at the concluded Seoul plenary, is not a member of MTCR.

Interestingly, as China and Pakistan are not a member of MTCR, India can now restrict their entries if they apply for membership, said a report.

As per the official MTCR website, the Missile Technology Control Regime is an informal and voluntary association of countries which share the goals of non-proliferation of unmanned delivery systems capable of delivering weapons of mass destruction, and which seek to coordinate national export licensing efforts aimed at preventing their proliferation.

Established in 1987 by Canada, France, Germany, Italy, Japan, the United Kingdom and the United States, currently have 35 countries.

According to a Mint report, it is not a treaty and it does not impose any legal binding obligations on its members.

It was initiated in response to increasing proliferation of nuclear, chemical and biological weapons.

The official website says, "The aim of the MTCR is to restrict the proliferation of missiles, complete rocket systems, unmanned air vehicles, and related technology for those systems capable of carrying a 500 kilogram payload at least 300 kilometres, as well as systems intended for the delivery of weapons of mass destruction (WMD)".

Why MTCR membership important for India?

India has been initiating to get into export control regimes like NSG, MTCR, the Australia Group and the Wassenaar Arrangement that regulate the conventional, nuclear, biological and chemicals weapons and technologies.

The entry to MTCR membership got even more strong, when India agreed to join the Hague Code of Conduct, dealing with the ballistic missile non-proliferation arrangement, earlier this month.

As per the Mint report, with this partnership, India will now be able to sell the BrahMos missiles, which are jointly manufactured with Russia, to other countries like Vietnam.

India's membership in MTCR will also give a boost to Modi's Make in India project, as the country will be allowed to export the weapons.