Domestic passenger flights resumed in India after a gap of two months and the country will see around 600 services on Monday, officials said 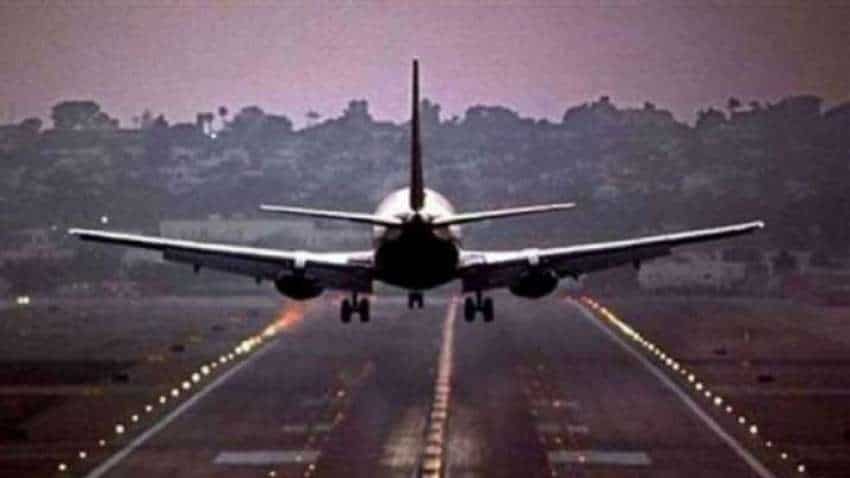 From lockdown to lift-off! Spicejet, Interglobe to IRCTC share prices on a high as travel curbs set to go

Enough time will be given for re-starting flights, says Directorate General of Civil Aviation

Scheduled commercial passenger flights were suspended on March 25, when the Centre imposed a nationwide lockdown to prevent the spread of the novel coronavirus.

The first passenger flight from Delhi airport IndiGo 6E643 departed for Pune, while the first domestic passenger flight to arrive at Delhi on Monday was from Ahmedabad and it was of SpiceJet, the officials said.

The Mumbai airport's operator MIAL said in a statement: "The first flight departing out of CSMIA (Chhatrapati Shivaji Maharaj International Airport ) will be to Patna at 6:45hrs and flight arriving from Lucknow will be the first arrival flight at 8:20hrs both operated by IndiGo."

Domestic flights will resume across India on Monday after a day of "hard negotiations", the civil aviation minister said on Sunday, after some states sought to limit the number of flights.

Flights will restart under an easing of restrictions imposed over the coronavirus, though the number of new cases rose by a record 24-hour amount on Sunday. The 6,767 new cases took the total to over 131,000.

In another news, the western state of Maharashtra, Tamil Nadu in the south and West Bengal in the east -- business hubs and home to India`s busiest airports -- had said they were not prepared to open for flights as coronavirus cases rose, state government officials said.

"It has been a long day of hard negotiations with various state government to recommence civil aviation operations in the country.....Domestic flights will recommence across the country from tomorrow," he said.

West Bengal urged the central government to postpone the resumption of passenger flights to Kolkata as it focuses on rescue work after Cyclone Amphan hit the city.

India`s federal structure gives its 28 states flexibility to set their own rules, complicating government efforts to kickstart the economy.

The health ministry on Sunday asked states to design quarantine plans based on symptoms of passengers where those with moderate or severe symptoms would be taken to dedicated facilities. Those with mild symptoms must stay at home.

Airlines including IndiGo , India`s biggest carrier, SpiceJet Ltd and Vistara, a joint venture between Tata Group and Singapore Airlines are preparing to restart some operations from Monday.

Budget carrier GoAir said it would resume flight operations from June 1 as it awaits clarity on the readiness of states and airports.

From lockdown to lift-off! Spicejet, Interglobe to IRCTC share prices on a high as travel curbs set to go

Enough time will be given for re-starting flights, says Directorate General of Civil Aviation