The declaration, made through a gazette notification issued on Wednesday, comes nearly a month after Parliament approved a crucial amendment to the UAPA law. 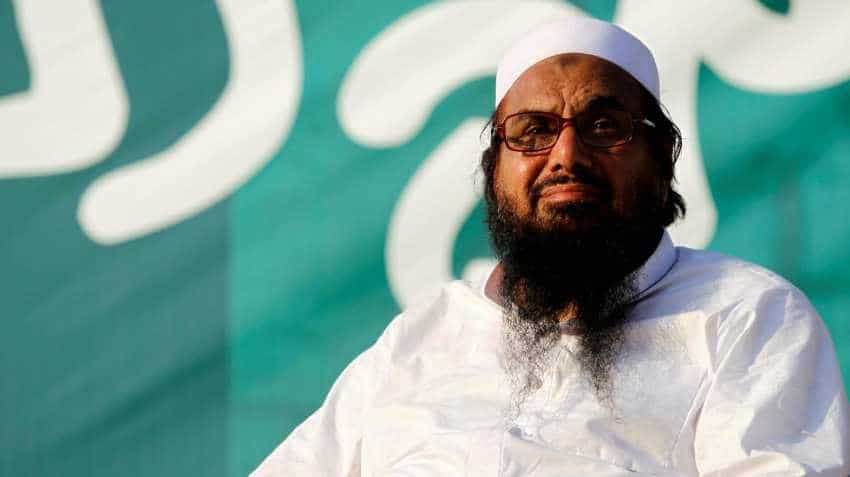 Earlier, only groups or organisations could be declared as terrorists. Image source: Reuters
Written By: IANS
RELATED NEWS

India on Wednesday declared Lashkar-e-Taiba (LeT) chief Hafiz Saeed, Jaish-e-Mohammed (JeM) chief Masood Azhar, LeT`s supreme commander of operations in Kashmir Zaki-ur-Rehman Lakhvi and fugitive underworld don Dawood Ibrahim, all based in Pakistan, as terrorists under the amended Unlawful Activities (Prevention) Act. The declaration, made through a gazette notification issued on Wednesday, comes nearly a month after Parliament approved a crucial amendment to the UAPA law.

According to the amendment, individuals could also be declared as terrorists. Earlier, only groups or organisations could be declared as terrorists. The notification was issued based on clause (a) of sub-section (1) of section 35 of the Unlawful Activities (Prevention) Act which empowers the Central Government to notify the name of an individual in the fourth schedule to the Act, if it believes that he is involved in terrorism.

"The Central government believes that Azhar is involved in terrorism and is to be notified as a terrorist under the UAPA...," said the notification.

"Azhar has been designated as a global terrorist by the United Nations under the United Nations Security Council Resolution 1267 on May 1 this year and was declared as a proclaimed offender by the Special Judge (POTA), New Delhi, the notification said.

It mentioned that the JeM under the patronage of Masood Azhar, extensively undertakes recruitment drives for terrorist activities and his preaching wings regularly organise events in order to urge people to promote terrorism and support their actions against India.

His outfir was also involved in terror attacks on Border Security Force (BSF) camp at Humhama in Srinagar (October, 2017), on the CRPF camp at Lethpora, Pulwama (December, 2017) and on the army camp, Sunjwan, Jammu (February, 2018), said the notification.

Azhar has also been instrumental in Pulwama terror attack on February 14 this year wherein 40 paramilitary troopers were killed.

He was accused in various cases registered and being investigated by the National Investigation Agency and chargesheet had been filed against him in the Pathankot air base attack case.