India on Monday decided against joining the 16-nation RCEP trade deal, saying it was not shying away from opening up to global competition across sectors but had made a strong case for an outcome which is favourable to all countries and all sectors. 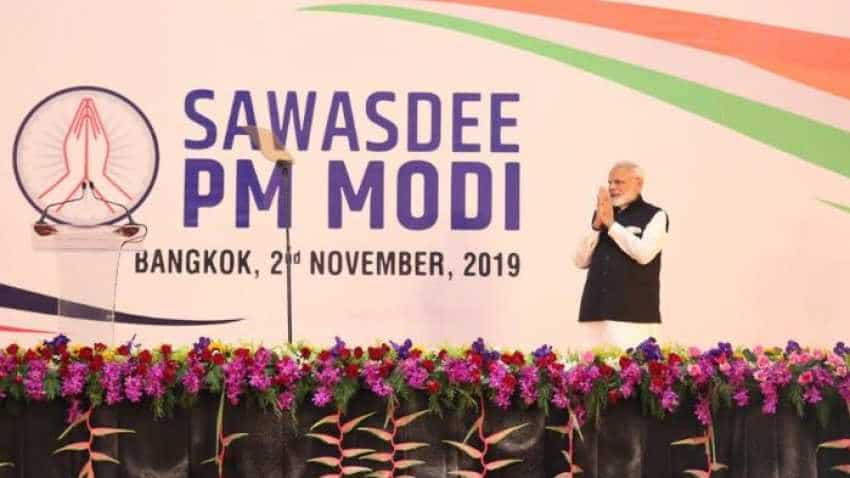 India on Monday decided against joining the 16-nation RCEP trade deal, saying it was not shying away from opening up to global competition across sectors but had made a strong case for an outcome which is favourable to all countries and all sectors.

He said India stands for greater regional integration as well as for freer trade and adherence to a rule-based international order. He pointed out that India has been proactively, constructively and meaningfully engaged in the RCEP negotiations since inception. India has worked for the cherished objective of striking balance, in the spirit of give and take."

However, in the seven years since the negotiations over RCEP were began, "many things, including the global economic and trade scenarios have changed. We cannot overlook these changes. The present form of the RCEP Agreement does not fully reflect the basic spirit and the agreed guiding principles of RCEP. It also does not address satisfactorily India`s outstanding issues and concerns."

Modi said Indian farmers, traders, professionals and industries have stakes in such decisions. Equally important are the workers and consumers, who make India a huge market and the third biggest economy in terms of purchasing power parity.

"When I measure the RCEP Agreement with respect to the interests of all Indians, I do not get a positive answer. Therefore, neither the Talisman of Gandhiji nor my own conscience permits me to loin RCEP."

The other 15 nations in a statement said they have concluded text-based negotiations for all the 20 chapters and all their market access issues. They have been tasked to do the legal scrubbing so that the deal can be signed in 2020.

"India has significant issues, which remain unresolved. All RCEP participating countries will work together to resolve these outstanding issues in a mutually satisfactory way. India`s final decision will depend on the satisfactory resolution of these issues," the RCEP statement said.

According to sources, India was not shying away from opening up to global competition across sectors but had made a strong case for an outcome which is favourable to all countries and all sectors.

India has also rejected the suggestion that it is making "last minute demands" at RCEP. India`s position on this issue has been consistent and clear from the very beginning, sources said.

The sources said that India`s decision not to join the China-led deal will greatly help India`s farmers, MSMEs and the dairy sector.

They said that India`s stand is a mixture of pragmatism, the urge to safeguard the interests of the poor and the effort to give an advantage to India`s services sector.

Some issues on which India made its stance clear included the threat of circumvention of Rules of Origin due to Tariff Differential. India pushed for a fair agreement which addressed the issues of trade deficits and opening of services. India also asked for safeguard mechanisms to prevent against import surges and safeguard the interests of domestic industry.

India also raised the unviability of Most Favoured Nation obligations where India would be forced to give similar benefits to RCEP countries that it gave to others. There was also no credible assurance for India on market access and non-tariff barriers. India also had very valid concerns on keeping 2014 as the base year for tariff reductions.

India played on the front foot, stressing the need to address its concerns over trade deficits and the need for other countries to open their markets to Indian services and investments, the sources added.

RCEP member-states account for 3.4 billion people with a total Gross Domestic Product of $49.5 trillion, approximately 39 percent of the world`s GDP, with the combined GDPs of China and India making up more than half that amount.