India`s steel ministry has proposed increasing the effective import duty on some steel products to 15 percent from current rates ranging from 5 percent to 12.5 percent, according to two sources and a government document reviewed by Reuters, as the country looks to support the rupee. 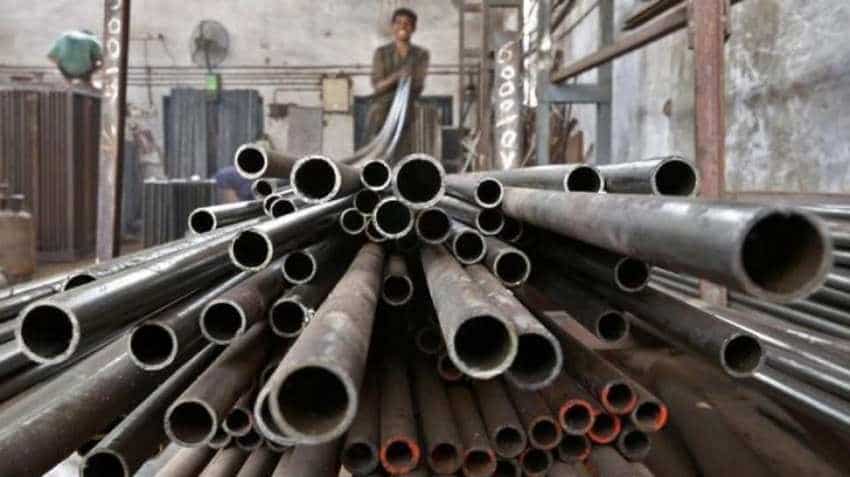 India`s steel ministry has proposed increasing the effective import duty on some steel products to 15 percent from current rates ranging from 5 percent to 12.5 percent, according to two sources and a government document reviewed by Reuters, as the country looks to support the rupee.

The proposal, which is part of a broader government plan to cut "non-necessary" imports to stop an outflow of dollars that has sent the rupee to record lows, will be discussed in the trade ministry on Wednesday, according to one source with knowledge of the matter.

"The broader message is to address the trade balance but we will try to promote `Make in India` by encouraging domestic (steel) production," said the source, who declined to be named ahead of a possible decision.

The source said there was no certainty that the proposed duty would be imposed.

The steel and trade ministries did not respond to requests seeking comment.

The Indian government last week announced a slew of steps aimed at stemming a steep decline in the rupee.

The currency hit a record low of 72.99 on Tuesday, making it Asia`s worst performer amid a widening trade deficit and an emerging market selloff. It strengthened slightly on Wednesday on talk of central bank selling of the dollar, but is still down more than 13 percent this year.

In the three months to end-June, the country became a net steel importer for the first time in two years, with foreign supplies reaching 2.1 million tonnes, up 15 percent from a year earlier.

Japan and South Korea, with which India has free trade agreements, accounted for 45 percent of the 8.4 million tonnes of steel imported in the latest financial year to end-March.

The proposed duties may not apply to those imports, but other steel suppliers such as China, South Africa, Malaysia, Russia and Indonesia could be affected.

OTHER PRODUCTS EYED
Apart from steel, India is considering raising import duties on some farm commodities, potentially for a few months, although it is wary of the risks of retaliation, said a senior government official with knowledge of inter-ministerial deliberations on proposed restrictions.

The government is also looking at curbs on imports of gold and high-end electronic items, a trade ministry source said last week.

India is the world`s second biggest gold buyer, and its imports in August rose more than 90 percent to $3.64 billion.

The World Gold Council, however, warned on Wednesday against any further curbs on the metal which already attracts a 10 percent tariff, the largest India has imposed.

"Indian demand is down 7 percent over last year which itself was down over the previous year," the industry body`s India managing director, Somasundaram PR, said at an industry event.

"There are discussions about non-essential imports, but I still believe and I hope that this does not actually in any sense hit gold this time."